It’s rather intimidating to witness the ” Google Chrome Helper ” being on the top of the list in the activity monitor of your Macintosh. What’s more frightening is that it shows above 100% CPU usage in front of it. So this google chrome helper is absolutely a huge burden on your RAM and this makes it obvious to rule it out. Something this much of a burden is surely wreaking havoc on your CPU, especially when it’s not yielding any positive productivity.

Well, one thing is clear right now and it’s the fact that the Google Chrome Helper which you witnessed in the activity monitor is consuming too much of the memory. Now to free up the memory, we go for the ways to rule out the google chrome helper. Let’s start from basically ” What Is it ?”

What is Google Chrome Helper

Google chrome helper is a mysterious species, with so many questions regarding its existence and identity in the google chrome help forums, it still remains unanswered. Although a lot of people are seen asking about this helper yet no satisfactory answer is given yet

As far as the question for its definition goes:-

Google Chrome Helper is the process that starts with respect to an extension engagement and results in ungodly amount of CPU usage.

How It Affects The Mac?

It affects the Macintosh in a very negative manner. As soon as it gets triggered on, it starts to consume CPU or in other words, it starts to use the CPU, but heavily. In the “Activity Monitor” menu in the Mac, it shows onto the top of the list with 100% CPU usage.

Sometimes you see them in a couple. There are more of these popping up in the activity monitor menu and the situation gets miserable.

This mysterious helper eat up the Ram and in turn heats up your Mac which not only is noisy and disturbing but also damaging for your mac.

Just in case if you are not aware of how things can go wrong with a heated mac system, let me give you some quick facts. It can burn down the motherboard of your beloved mac. So it’s not safe to let it just overheat.

Well as for now it’s clear that google chrome helper by no means is an issue which should be put aside or ignored, it needs to be tackled as it possesses more harms. 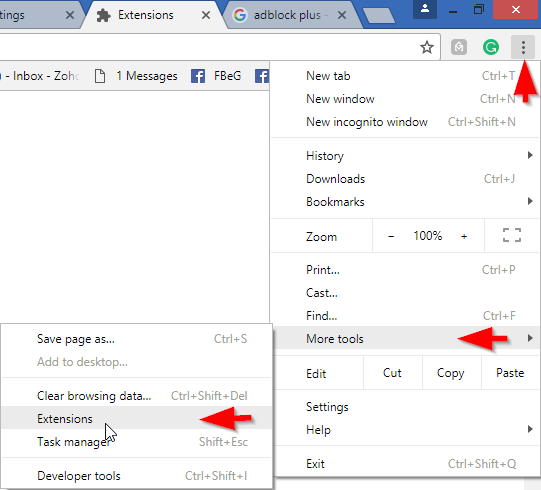 How To Kill Google Chrome Helper?

There should be a way to kill this helper which is not even helping in any way. There is a way which I have figured out and it works fine till now. One thing is sure; there are two types of solutions I would be covering here. the number one is to kill the google chrome helper and the other one is to avoid its execution. If you open up your activity monitor and you see this google chrome helper popped up onto the top of the menu then you should go with killing google chrome helper. But if the scenario is different or when you are done killing it, you should incorporate some setting changes to make it never come back.

So the first part of the equation is to kill it. Make sure that you are seeing google chrome helper in your activity monitor menu. This killing operation only works if you already are seeing the issue. If it’s not appearing at all then this solution won’t help. So make sure the google chrome helper is showing up already and it’s consuming too much of the CPU. Killing this process done in a very simple manner. Follow me on this.

To check whether you have successfully killed this helper or not is to go for a verification test. Just open up the activity monitor form your Macintosh and see if there is still some google chrome helper thing. If it’s not there then it means you have successfully terminated it. If it’s showing there then it means you have killed the wrong web app. You should carefully repeat the process again and try to figure out it precisely.

Once identified kill it and check on the activity monitor. It’s rather simple but you can say it’s a hit and trial method. Most people get it done in their first try but just in case you are running low on luck then you might feel the need to trigger it again. It’s easy and handy once you see it coming properly in use.

How To Disable The Google Chrome Helper For Good?

As for now, we have successfully managed to kill the google chrome helper once it starts to wreak havoc on our device. Now we should move on to avoiding it in future prompts. Killing it every day is not the perfect and most smart solution. For the very first time, you can terminate it by the above-mentioned process but after going through that you should consider applying these settings to ensure that this nasty bug won’t come back again and feed on your CPU usage.

Once you have done the above-mentioned settings, it won’t be popping up again and again and as it does it won’t burst up. Because many extensions when they run in google chrome, trigger this.

Since many extensions and web apps open up the moment we start google chrome, it makes the room for google chrome helper to go on a rampage.

With the click-to-play option selected, no extension would automatically start with the start of google chrome and this would result in a lower number of attacks.

Remember, there is no official solution out there for this( like the slot machines at casinos (kasyna bez depozytu dla polaków), no one knows what it is and how it works ) however we have two main tools. The first one is to kill it and the second one is to avoid it from showing up again and again. We hope that this article was helpful to you and for any queries, opinions, and suggestions; feel free to contact us in the comment section below.