The future is already here with inventions like 3D printing cars, gene modification, and other innovations that used to be the fodder of sci-fi movies. One area of particular interest to futurists is the automotive industry. The electric car is already here of course, but car companies are going way beyond just plugging in your car at night. Self-driving cars are closer to production than you think and even flying cars are being conceptualized and produced. These next few years will prove to be an exciting time for automotive technology.

Here are some of the most interesting future concept cars:

The future of driving may mean that you don’t have to drive at all. Or, at least, that’s what Mercedes-Benz imagines. Instead of a traditional cockpit, the interior of a car would be a personal cabin where an individual could catch up on the phone with loved ones, check email, or even work. If you do feel like driving, the car also supports manual driving. The exterior is carbon-fiber-reinforced plastic, aluminum, and steel.

Front and rear LED lighting systems to communicate with the world both inside and outside. For example, if a pedestrian is crossing the road, the car can stop and communicate to the pedestrian to go ahead.

6-display screens mean that you’re enveloped in a virtual arena. And a PRE-SAFE Body Structure inflates on impact, which absorbs the energy forces that occur during a collision.

You won’t be finding this model at a Mercedes dealership any time soon, but the technologies behind this car can already be found on many current-production Mercedes models.

Have you ever wanted to drive a car that just “gets” you? With the Honda Urban EV, you’ll have a car that helps you with all aspects of your driving – even your emotional state. Screens in the upper door panels show images from side cameras so you have a full view of your blind spots. 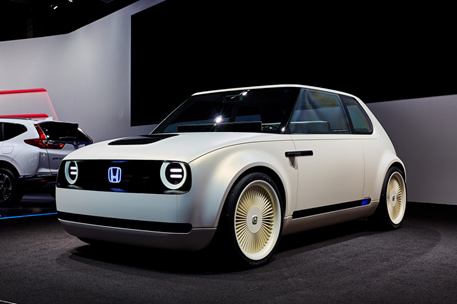 Instead of a traditional grill at the front of the car, there is a screen that can show messages to other drivers as well as pedestrians.

What if you not only had to keep up with car maintenance, but you also had to make sure aeronautic equipment was sound? These might be questions you ask yourself if you ever get to purchase the Italdesign Airbus Pop. Up, made by a VW division, which is a car hybrid design that can drive as well as fly. 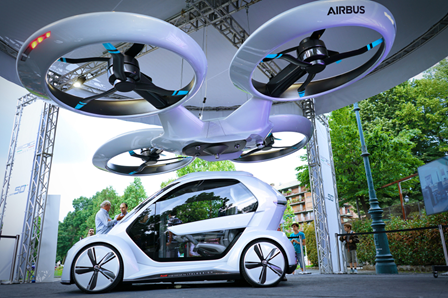 It’s designed to be autonomous both on land and in the air and it’s completely battery-powered. Passengers simply need to tell the navigation system where they’d like to go.

It can only hold a maximum of two passengers but it’s perfect for short commutes and you can choose the fastest route to any destination, either by air or land.

Even short commuter flights are a hassle because it still involves going to the airport and going through security. What if a car enabled you to avoid the expense of flying in the comfort of a lounge-style interior? That’s the question Volvo asks and answers with the Volvo 360c Concept Car. 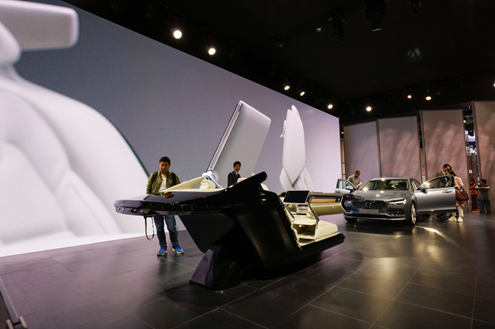 The interior can be changed into a desk for working or a table for eating. There’s even a configuration for a full-bed setup so you can grab some shut-eye on a road trip or work trip.

Before you get ready to sell your car in exchange for one of these models, know that it will likely be several years (if ever) these cars are actually produced. In fact, most concept cars are never actually produced. They simply help showcase new automotive technologies that will eventually be adopted in future cars and they also are a helpful temperature-taking tool for the general public’s interest in particular features. If the technology is a hit, you can expect the new features to roll out within several years – or, decades in some cases depending on its complexity.

For example, Toyota showed a hybrid car in a 1975 auto show but an actual Toyota car with a hybrid drivetrain didn’t hit the market until 1993.

While you can’t purchase these cars just yet, you might be surprised how soon the technologies driving them will be available in cars coming out in the next several years.