If you are one of those people that have fantasized about extending your hair but never wanted to go through the hassle of a permanent hair extension – you should probably give some clip-in hair extensions a try.

Hair extension has never been simpler than with the birth of clip-ins. All it takes is a few minutes of your time to give yourself a real hair make-over. However, before picking yourself some clip-in hair extensions, you should know what your hair type is so that you can find a good matching extension.

From completely straight, to incredibly kinky, any length you want and as many rows as you want, depending on your natural hairstyle – you can find what you need in the plethora of clip-in models. When a woman’s hair is in question – there is often never enough length and volume. Add some 4a extensions to your coils, to make them even richer in volume.

The History of Hair Extensions

A lot of people get the impression that hair extensions are a thing of the modern age. Red carpet, celebrities, 21st century, etc. This is far from the truth. Hair extensions have been around for thousands of years in different forms, dating as far back as Ancient Egypt, and Cleopatra with her peacock wefts.

Ancient Egyptians have commonly used wigs and hair extensions in everyday life, often decorating them with lotus blossoms or beads and covering them in gold. Cleopatra was famous for her peacock blue colored extensions. Through time, the materials used for creating the extensions have varied greatly. 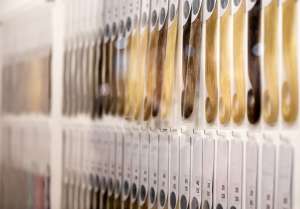 Considering that throughout most of history it was the upper and ruling class of people who were designing and wearing hair extensions and wigs, some hair designs slowly became considered a sign of strength and wealth. Such was the case in France during the reign of King Louis XIV for instance, who designed the so-called “big wig” after losing his hair in his early 20’s.

Even though this specific hair shape was but a trend for a while in France, it highlights the importance of an imposing hairstyle to people who have always been keen on aesthetics.

This went on throughout the history of mankind, slowly adapting and taking on new forms to make hair extensions look even better while reducing the time and effort needed to acquire your new hairstyle.

The Origin of Clip-in Hair Extensions

The origin of the clip-in hair extension could be traced back to the 1950s. It was Christina Jenkins, a housewife from Ohio who patented a new hair weaving technique that is still being widely used to this day. It is based on plaiting the hair in rows so that you can simply sew on the premade wefts that blend in naturally with your hair.

Adding simple clip-ins to the wefts has given you the freedom of being your own hairstylist. The thought of not having to make an appointment at the hair salon just to get your hair done for the evening has encouraged more and more women to give hair extensions a try.

Even today, clip-in hair extensions are often considered the best solution for the majority of customers. The ease of installation makes them the most practical, yet the quality of hair in the extensions has reached outstanding levels, making the clip-ins very hard to distinguish from your natural hair. 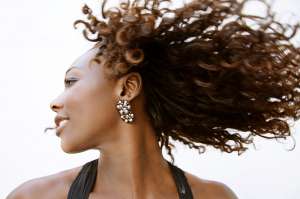 Fashion has changed a lot throughout the past decades, it went through lots of different phases, but clip-in hair extensions have always been present in various shapes and sizes. The desire for longer and thicker hair is pretty much immortal and will likely remain so.

One could argue that in this modern, fast-paced society, clip-in extensions can only become even more popular and widely used. Anything that can make you look glamorous and switch your style in such a short amount of time will always suit the modern needs of fashion.

Especially taking into account that these clip-in hair extensions cause no damage to your hair, are not over-the-top priced, and are very practical and efficient. 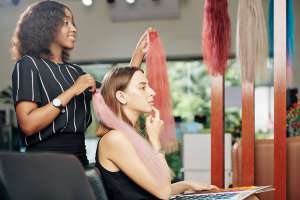 The clip-in hair extensions are the number one aesthetic tool for celebrities. As people who are constantly in front of the public, celebrities always try to stay on top of their game and look fashionable. This goes especially for female stars, who spend a lot of time doing their hair before an appearance, whatever the type of appearance may be.

Clip-in hair extensions give them the best results, coupled with a very short installation period, which has made them very popular among such individuals.

In today’s world, you’ll find very few female celebrities that have not at least once given clip-in hair extensions a go. Be it actresses, singers, models, you name it. Everyone cares about their appearance and those who are constantly under the spotlight will often look for ways to be dynamic with their fashion, set new trends, or impose a new hairstyle.

The fact that you often don’t know whether the hairstyle is natural or an extension only speaks highly of the quality of clip-ins.

As far as hair extensions go, clip-ins are your safest, cheapest, and often the most reliable option. For those who often change their hairstyle, for those who are not exactly sure what they’re going after and just want to try things out, whatever your reason is, you probably won’t regret getting yourself some good clip-in extensions.

Easy maintenance and installation make them suitable for anyone to use and as long as you find the right type to match your natural hair, you are likely to be very pleased with your new image.