Though the word eSports has become more commonplace since the industry took off in recent years, it’s a deceivingly complex world. While eSports are popular given the entertainment value of video games and their association with the ongoing tech boom, eSports has an undeniable following on par with major sports leagues.

Like major league sports, eSports is divided by genre. However, unlike its physical counterpart, there are yet to be any governing bodies that have express authority to regulate leagues and other eSports functions.

This means that there are still quite a few details to hammer out in terms of global eSports leagues, tournaments, and assessment and standardization of professional skills. A good lens to view this vagueness is through sports betting, which is common from horse racing to the NBA, but difficult to regulate for eSports.

Unlike sports betting, eSports isn’t a legal form of betting in the US. Only a handful of states have legalized traditional online sports betting, which means sites like Unibet PA can legally connect users to online casinos and sports betting features. However, it doesn’t look like Pennsylvania or other states will be moving to legalize eSports betting anytime soon.

In short, the world of eSports is too young, with too few regulatory bodies able to standardize a booming global industry and oversee tournaments and integrity of the play. In fact, eSports are often lumped together in such a way that the details and technical skill that goes behind each sector of the industry go overlooked.

Below are three of the most popular games in the eSports industry.

It’s impossible to talk about eSports without mentioning League of Legends (LoL). At the 2016 League of Legends World Championship, nearly 15 million viewers logged on to watch the final match. Since then, LoL players have steadily risen, with some figures putting the number of players at 30 million monthly players.

LoL games are played between two five-person teams. Each team strives to destroy the other team’s ‘Nexus’, which is a base. In other words, it’s a fantastical, high-risk game of capture the flag. Each player chooses their own ‘champion’ and must develop their character’s skills before hoping to take the enemy base. 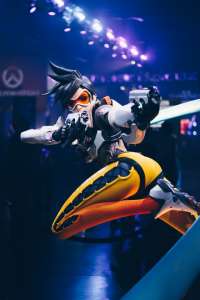 One major allure of eSports is that the play is constant. Unlike the Champions League in Europe or the MLB in the United States, eSports athletes can play at any time. Given the popularity of video game streaming platforms like Twitch.tv and Mixer, eSports players can build their own following before joining a team. And sinceLoL games last between 20 minutes to an hour, there’s no lengthy time commitment needed.

Abbreviated as CS: GO, this game sees two opposing teams battle it out over seven unique maps. Prior to play, one team serves as the ‘Terrorists’, who try to detonate a bomb while the other team, designated as the ‘Counter-Terrorists’, seek to prevent this detonation.

While there are variations on match rules and play, the maps mentioned above mean that the territory changes with each match. The battle also heats up as players build their weapon and skills caches, which make their characters more lethal as the game goes on.

Overwatch includes a variety of characters, all of which feature unique abilities. This means that unlike LoL and CS: GO, Overwatch tends to be classified as a ‘hero shooter’ game. That means there are elements of an overarching narrative and an emphasis on a single player’s ability.

Matches are played between two teams composed of six players. Teams compete to win objectives on a map. There are four maps, and matches are won once a team has won three maps of the four maps. Unlike its counterparts, Overwatch is celebrated as one of the most efficiently regulated eSports leagues with a governing body known as The Overwatch League (OWL).

How to Make a T-shirt Softer?

T-shirts provide the ultimate comfort, except when they’re stiff and itchy.  Rubbing…