Esports is growing rapidly around the world. With the constant advancements in technology, we are looking at a massive industry offering recreation, sports-related excitement, and even careers. With virtual reality games on the horizon, the face of the gaming industry could possibly change forever. As traditional sports seem to be declining as an industry, video games are on the rise. Let’s take games like Fifa as an example.

Around the world, Fifa is widely considered one of the best football video games of all time. The franchise is constantly growing to include new features and advanced gameplay. The fans of FIFA are dedicated to the series and closely follow the development of each new iteration. It’s easy to see that as video game technology develops, people become more interested in playing video games and less interested in playing the real thing. Especially with virtual reality gaming becoming more popular every year, this trend is only getting started. This leaves the question, could we possibly be facing a future where sports are completely replaced by esports?

While real-world sports still have dedicated fan bases, it’s clear that they are declining in popularity every year. All people born after the year 2000 are the post-internet generation. These children will have grown up never knowing a world without the internet. Along with this comes all of the advances in technology that we take for granted. Children as young as seven or so have their own smartphones or tablets in many cases. They are used to the concept of interacting with technology for recreation. The idea of “go outside and play” is quite frankly, a dying notion. Many children these days are staying indoors and playing with their friends online, and this could mean huge trouble for the traditional sports industry down the line.

Video games are specifically designed in a way that captures the player’s attention and keeps them engaged. These games are designed to simulate high-adrenaline action that most people do not experience in their lifetime. There is nothing natural about video games, which is precisely why they are so effective at enticing players to spend their time. The experiences that you enjoy in the video game world are not often replicated in the real world, at least not easily.

The fact is, video games are just much more accessible, especially to the younger generation. You don’t need to organize a game with your friends like you would for football or any other sport. Any time of the day you can retreat to your room and play video games without needing anyone else, or a park to play in. Factors like this will matter a lot more in the near future. 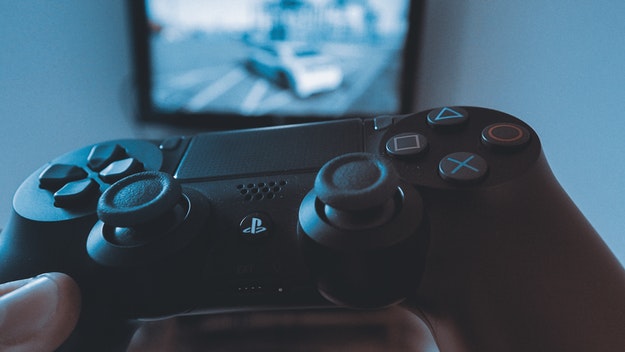 Esports Industry Is Taking off

While many major league sports have reported declining attendance numbers year after year, the esports industry is blowing up. In places like South Korea, pro gamers are treated like real celebrities, in many cases better than pro athletes, and this trend is growing everywhere. In the USA, pro gamers and streamers have online followings in the millions, with most of the fans being younger than 21. Major sponsors have taken notice, and are sponsoring these gamers as a way to break through to the younger demographic.

Many of the biggest video games of today, like Fortnite or PUBG, have massive tournaments that attract players from all over the world. The grand prizes have reached insane numbers, like the recent Fortnite tournament that saw the grand prize winner go home with over $3,000,000. What’s even more impressive is that the best gamers are oftentimes under the age of 18. Younger gamers see this success and feel it’s achievable, way more than those that dream of being a pro athlete.

Being a “pro gamer” just a decade or so ago was a pipe dream. This wasn’t a field that you could necessarily make into a career. Everything seems to have turned around in the past few years and there are more avenues than ever to turn a video game hobby into the real world. While streaming is, of course, the clearest way to success still, there are many gamers that are paid to play for a team in a specific game as well.

In all respects, this is not different from traditional sports athletes. Many schools are getting involved in esports as well. There are numerous schools throughout the USA, Japan, South Korea, and many other countries that are building up actual esports leagues where students compete against other schools. There are even scholarships involved in some cases. The parallels between traditional sports and esports are becoming clearer every day, and in many ways, it’s, obvious that we have only seen the beginning with esports.