Are you planning a noisy party with a lot of guests or will your best friends drop in and you do not know what to do after a feast or a tea party? Then read this article! Here you will find 5 cool ideas for a great pastime, funny party games and plans for entertainment.

Very exciting sport, but absolutely not healthy. The creators of the mini version of this game took care to reduce the penalty doses of alcohol and offered a compact suitcase with small glasses for beer. Now it will be more difficult to disable the enemy. 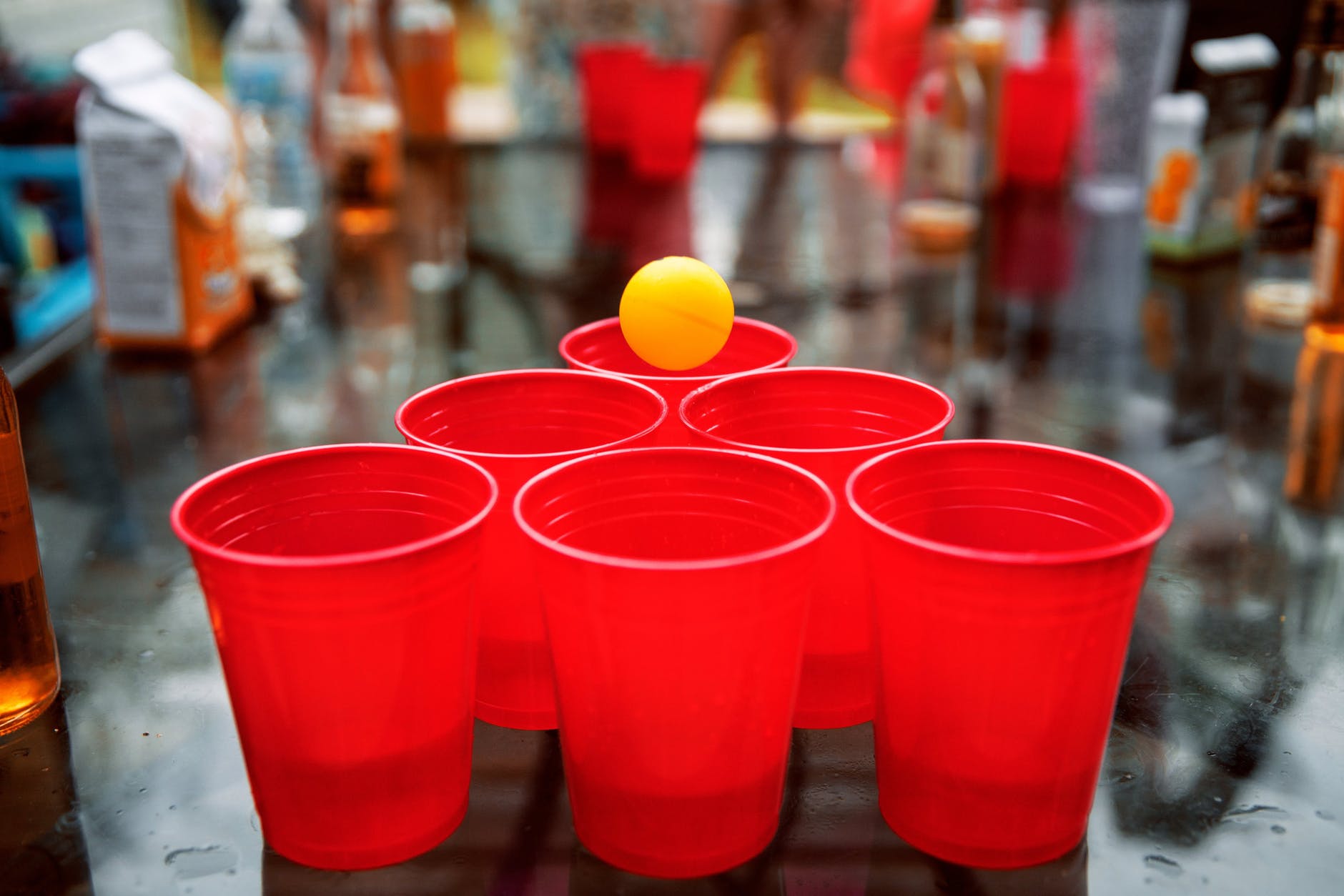 In the alcohol Beer Pong game you can play alone or with teams. The main goal — to get into the glass of the enemy ball, and in the case of a successful hit — the loser must empty the Cup and remove it from the field. The game ends when one of the teams cleans up all of their glasses.

Such an uncomplicated game will amuse a good company of friends at home, fishing, in the country, in any place where you can take this handy wooden suitcase. And if the small size of the game is not interesting to you and you want to play a real big beer-pong table.

Each of us repeatedly saw this game on television in American films and television series. The essence of it is the following: a person should show the word he has enunciated without saying a word. Only Pictionary rules allow not only to communicate with gestures but also to draw on paper.

You just need a desire and then Pictionary will bring you a lot of fun and cheer your company of friends.

Taboo is an exciting game that can diversify any meeting of friends, fill it with fun, laugh and check your vocabulary.

The rules of the party games are simple: you need to explain a word for a while without naming it or others related to it. These words are taboo, prohibition.

In this simple and fun game, you can test your creativity and wit. Gather the company, split into two teams and take part in a fun attempt to guess the mysterious phenomenon described or catch opponents in violation of the rules. The use of taboo words is punishable by penalty points, but only if it is noticed by observant participants from the rival group.

Associations to images best show what thoughts are hidden in the head of a person. Dixit is an amazing game for the development of the imagination. Participants take turns to become storytellers and create magical stories with beautifully illustrated maps. The presenter chooses the most liked picture and comes up with verbal, audio or facial characteristics. The remaining players offer their own version according to the received tip.

The cards are handed over to the narrator in secret from the rivals; they mix and try to guess which image marked the beginning of the associative series.

A game for those who have developed coordination of movements and the ability to calculate the results of their actions. At the beginning of the game, players build a vertical structure of wooden blocks, and then, in turn, take out the elements and put them on top.

The winner is the last one to get the bar and not bring down the tower. You need to act carefully, and it’s worth thinking about how to put the element up exactly: it’s often more difficult than simply pulling it out of the “foundation.”

What party games do you prefer? Share interesting ideas with us for fun entertainment with friends. You can also try the Free spins game (darmowe spiny bez depozytu).