Millions of concussions occur every single year, and they can be among the most damaging and life-altering injuries of them all. Unfortunately, many people aren’t quite aware of the risks associated with concussions, or they make the mistake of assuming that a ‘mild concussion’, or a concussion in which a person doesn’t actually lose consciousness, isn’t that serious.

In reality, all concussions need to be taken seriously, and there’s never a good reason not to at least visit a doctor and get yourself or a loved one checked out if a head injury and suspected concussion have occurred. It might be the case that you don’t require any treatment and the injury won’t have any long-lasting effects, but it’s always wise to get diagnosed, just in case. Here’s how it works.

Before we look into the specifics of how doctors can diagnose a concussion, it’s important to understand what it actually is. A concussion is a form of brain injury, usually caused by an impact of some kind to the head. They can also occur when the brain is suddenly thrust forward or backward into the skull by powerful force affecting the rest of the body, like if a person is flung forward during a car crash.

Along with auto accidents, sporting injuries and falls can be some of the most common causes of concussions, and these injuries can vary in severity quite a lot. While some might only have mild symptoms, others can hide serious, life-changing cognitive side effects that could affect a person’s career, relationships, and life expectancy in some big ways. Since concussions are quite complex, the diagnosis process can be equally complex, involving several different methods: 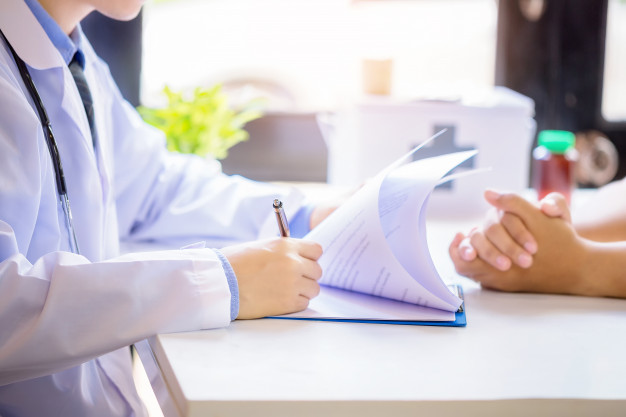 The Importance of Early Diagnosis

These are just some of the ways in which a concussion can be diagnosed, and if a concussion is present, various treatment options are available. Often, patients will be told to get as much rest as they can, including both physical sleep and mental rest, which means avoiding intense activities that rely too much on the use of the brain, like playing games, watching movies, or going to work.

Other treatment options can include pain relief medication or even therapy and counseling to help a patient start to re-learn some basic skills and recover their prior levels of cognitive ability. The level and type of treatment required will depend on the patient and the severity of their case, but either way, it’s vital to get diagnosed quickly and never underestimate the importance of getting diagnosed.

Sometimes, especially if someone bumps their head but doesn’t lose consciousness, the mistake is made of not visiting a doctor and assuming that all is well. The side effects and symptoms of concussions can take time to appear and can be made much worse by not getting checked out and following a doctor’s advice. Early diagnosis will make a big difference here, allowing you to get the care you need more quickly to prevent the injury from getting any worse.

Concussions can be terrible injuries, but the sooner you get them diagnosed, the better it will be in the long run. So, the next time you or a loved one suffer a head injury, make sure to get checked out by a medical professional and follow their advice to the letter.