As if it were Wolverine, the sideburns extend to almost touch. You have to release the central area of ​​the face, some prefer to shave the chin and mustache while others prefer to leave only the chin and shave the mustache. The first one commented would be exactly like the look of the protagonist of the Wolverine movie.

As for length, a beard of two or three days will not be enough, it will be better to let it grow a few centimeters to get the image we are looking for.

For those men who are concerned about having a too ‘girlish’ face, wide temples can help them look more serious and older. You do not have to opt for the style that appears in the film we are talking about but simply give width to the temples.

How to make the beard grow much more

Many men are concerned about the growth of beard hair, from those who have a ‘world’ full of beards to those who are unable to spend the first days because of the itching.

To make your beard grow much more, you must favor its natural form of growth. Getting different shapes will cost us much more and it will not be the best if what we want at that moment is to increase the speed.

Pay attention to the growth of your beard

After a few years with it, you will already know the areas where the hair will appear and where the face will be free. Fortunately or unfortunately, each man’s beard is different and must be known as it grows.

Either after several years or when you let it grow for the first time, look at which areas it appears before, which ones are completely covered or which are exposed if it curls excessively …

How to conceal depopulated areas

It is common for there to be an area of ​​the face where the hair does not grow the same as in the rest of the beard. The first solution is to let it grow, you may have been overwhelmed before time and with a little patience, everything goes to its channel.

In many other cases, it is possible to disguise it with the type of beard. Taking advantage of the fact that there are different forms of beards and that each one lets the hair grow in different areas, it can be adapted to hollows without a beard.

At other times, this is very complicated, but you can opt for hair treatments in the area of ​​the bald spots on the beard to stimulate their growth and gradually decrease.

For key days, do not hesitate to take some makeup of the beard tone and apply it to the area to hide the lack of hair.

When you decide to let your beard grow and grow, you should know that it will not be as easy as shaving and letting your hair grow. The skin on which the beard rests has nothing to do with the scalp and needs an adaptation process.

As they say in other cases ‘the first thing is to recognize it’, because this time the first thing you should do is assume it, and what you must assume is that it will sting you. The first days after leaving the blades you will have serious discomfort with the great itching in the area. Some men are less lucky than others and cannot bear it, but surely it is because they do not want as much as you to have a long beard. The wait and patience will be worth it and you can always alleviate it with treatments indicated for it. In the end, you will remember it as a mere procedure until you became a true bearded man.

Can beard growth be accelerated?

As much as they try to convince you that your beard can grow faster with thousands of products, you should not overly rely on them. It is true that with its help you can make hair grow healthier and better looking, but in no case can you become a bearded man in a week.

It can be counterproductive to get excited thinking that your beard will grow for days when in fact it will do so in a pre-established way depending on your genetics and hormonal system at all times. Better be patient, the sooner you assume that having a big beard takes a long time, the better for you.

You can ask your hairdresser or barber to get you a certain form of the beard and to get it, but … if you don’t have good maintenance of it, the professional’s work will be lost in a few days. Let’s talk about some simple tricks to follow so that your beard maintenance is perfect :

As you may have deduced, your beard does not take care of itself and you can not ignore it if you do not want others to think that you look excessively ‘left’.

How to fix your beard on your own 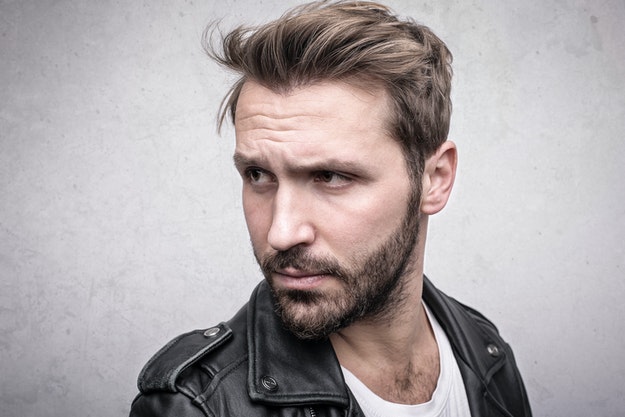 Although you regularly go to your trusted professional and leave your beard as new, many times we want to make small touches on our own so that we do not have to go so often and, why not say it, to save a certain amount of money. We give you the most important tips so that you can keep its shape and cut it whenever you want.

First, it is necessary to clarify what each instrument is for. The scissors should be used for hipster type beards or anyone who is abundant as complete, Bandholz … for its part, the clipper will be useful for much scarcer beards, but also for the previous ones in the areas to be profiled.

The beard must be dry, at least slightly damp, otherwise, the image we see will not be 100% real and we can paste a cut that we later regret.

As for the direction of the cut, it starts from the sideburns towards the chin. If you do it horizontally or in the opposite direction to the one mentioned, the results will not be as expected.

How to fix beard itch

If you are starting with the beard for the first time, you should know that it is normal for it to itch in the first days of growth. At the beginning of its growth, the hairs that form it are hard and cause a certain unpleasant itching on the skin.

When you have always shaved and decide to grow a beard, the first hair comes out that does it in a very firm and hard way, producing the dreaded itchiness. But calm, that discomfort disappears and, also, we will teach you how to avoid it in those first annoying days. To do this, you have to follow the following tips.

After growth, it may continue to itch if extreme hygiene is not maintained. The accumulation of dirt can irritate the skin, even infecting the pores.

Also, as in the rest of the body, detachment of dead cells occurs that must be removed so that they do not cause itching.

There are specific shampoos for cleaning, ideal for washing beard hair. It is important to rub the entire length to remove any possible debris that is inside. Spend some time especially if your beard is abundant since it will accumulate all kinds of particles.

In addition to a good wash, if you hydrate the beard, it will improve the appearance and your well-being since it will itch less. Being hydrated at the same time you will notice it softer and not only will it not sting you, but it will also be lighter to the touch of others.

The same goes for your hair, if you do not use conditioners or conditioners that improve its appearance, the only action of the shampoo may not be enough.

Since beard hair is very porous hair, all kinds of dirt particles accumulate in these tiny holes, which come from air pollution, tobacco smoke, or food. Also, the skin cells are renewed daily and therefore many dead cells are detached and trapped in the beard.

Real-Time Payments: What They Are and What Users Want To See

For decades, the fastest way to transfer funds between banking institutions was via ACH (A…