Automobiles are considered as essential commodities in many countries. According to reports by Statista, in 2020 Toyota and Volkswagen remained the leading automobile manufacturers in the world. When it comes to revenue and sales, the two major-league automakers are also the leaders in the market. Despite the remarkable dip in automotive sales due to the pandemic, industry experts expect the market to bounce back in 2021-22.

Leading automobile companies are easily recognized by their distinct logos. Most luxury and sports car makers have the horse as their logo, showcasing their car’s prowess to fast car lovers. Apart from that most automakers tend to use stylized lions or jaguars as their logos. So, are there any automobile makers whose logos do not have an animal?

Yes, there are several luxury car brands whose logo does not feature an animal.

Let’s take a quick look at some of the top automakers whose logos do not feature an animal. 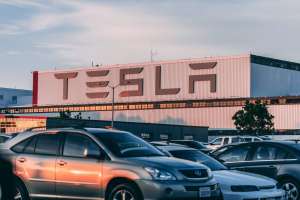 Tesla apart from being one of the leading automakers in the US is also the pioneer of electric technology in automobiles. The Tesla logo depicts a stylized “T” with the horizontal bar doubled and curved slightly. Although most people believe that it represents the company’s initial, this is not all true. The Tesla logo is supposed to represent the cross-section of the first electric motor designed by Nikolai Tesla, the famous physicist who is the namesake and inspiration for the company. 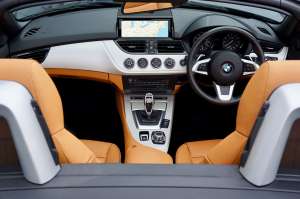 BMW is yet another luxury car brand with a popular logo. The BMW logo has been redesigned at least five times. The BMW logo consists of two concentric circles with alternate quarters of the inner circle painted white and blue. The two colors in the BMW logo represent the Bavarian flag colors and the company’s origins.

Bentley, a subsidiary of Volkswagen, is the most popular British luxury car company. The Bentley logo is made of two spread wings and a tail with a bold “B” superimposed in an oval in the middle. The two wings demonstrate the company’s promise the Bentley is the closest that people can buy a car with wings. The Bentley logo looks very similar to the winged solar disc found in various occult references. 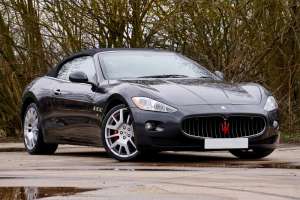 Maserati is an Italy-based luxury car maker operating since 1914. The Maserati logo is famously the red stylish trident with the company’s name written in bold letters below on a strip of blue. The symbol is the depiction of the world-famous Fountain of Neptune situated in Bologna’s Piazza Maggiore. The company chose this particular logo as it represents the mythical Neptune’s vigor and strength and also represents the home city of the company. 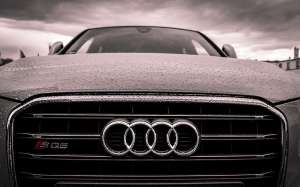 The Audi logo is the famous four rings which are said to represent the four-member carmakers of the Audi Union. 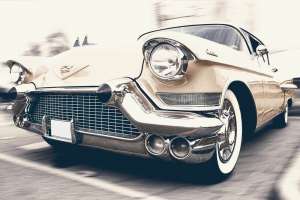 Cadillac is the luxury car arm of General Motors (GM). Cadillac is one of the oldest and leading luxury carmakers in the world. The Cadillac logo represents a montage of heraldry which includes several different pieces. The elements used in the Cadillac logo are deemed as martin heraldic adaptation. The latest Cadillac logo consists of a wreath of olive branches encircling a shield with black, Yello, red, silver, grey and blue, with each color depicting a special meaning.

We hope you enjoyed reading this interesting piece on luxury car logos that don’t feature an animal. For more such fun facts, feel free to browse other articles on our website.