The digital divide has been a significant problem in America for some time, and the lockdowns due to the pandemic have shone an even greater light on the issue. The recent bipartisan infrastructure bill—passed by Senate and awaiting House approval—is a big step toward closing that gap.

The digital divide refers to the gap that exists between those who have access to fast internet and those who do not. Access, in this case, refers to both availability and affordability. This divide is not a new problem in America or even the world, and some U.S. politicians have been asserting for more than a decade that the country must have internet providers that will approach that internet access the way it does access to clean water and electricity. Historically, there has not been widespread support for this assertion on either side of the aisle, but that began to change with the pandemic. Lockdowns forced a great number of people to have to work from home and attend school from home, and internet access became an imperative.

As of this writing, the Senate has passed a $1 trillion infrastructure bill. It still awaits House approval and has been delayed by House Speaker Pelosi who is using it for political leverage. Nevertheless, it is expected to pass and includes $550 billion for infrastructure upgrades. Chief among those upgrades is broadband internet. In fact, it earmarks as much money for the internet as it does for passenger rails. 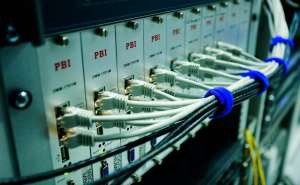 President Biden has compared internet access in the digital age to access to electricity during the Great Depression. The sheer number of Americans who do not have access to the internet either because it is unavailable or they cannot afford is one of the great inequalities in the country. The FCC estimates that more than 19 million people lack access to broadband internet and that as much as 13 percent of the population does not have access to it either due to availability or affordability.

The availability gap is substantial and should not be minimized, but it does seem to take up a lion’s share of the attention when it comes to the digital divide. Many people are shocked to learn that the greatest number of people without internet access are in cities rather than rural areas. These are people who clearly have internet access available but are simply unable to afford it. There is the Lifeline program, but it provides a mere $9.25 a month. The more recent Emergency Broadband Benefit is more substantial at up to $50 a month, but it is a temporary measure that will last only as long as the pandemic is deemed a public health emergency or until the funds dry up.

The infrastructure bill includes $14.2 billion to be used to lower internet bills for low-income households. A recent survey indicated that more than half of Americans without internet access lacked it because they could not afford it. Making the Lifeline benefit more substantial—which is one proposal—could be the key to correcting that issue. But what of the other half? These are people who face other barriers, including equipment, skills, and disabilities. The Digital Equity Act is a complementary provision aimed at overcoming those challenges, but $2.5 billion over a five-year period for all 50 states may not be enough.