Parkinson’s disease (PD) is an illness that affects the nervous system and movement. About 10 million people worldwide have the disease, and symptoms typically begin around the age of 60. Early PD warning signs and symptoms can be tough to spot because they start slowly and gradually.

However, if you or someone you love exhibits one or more of the following signs, consider making an appointment with a specialist or doctor.

Developing a tremor is one of the most common early warning signs of PD. It usually starts in a limb — often a finger or your hand — and can also occur in your chin. You may notice your hand trembling when it’s at rest.

Having a reduced sense of smell doesn’t automatically mean that you have PD, but it’s something to be aware of as many people with the disease experience some loss of smell. Do you or someone close to you have trouble smelling foods such as bananas, licorice, or dill pickles? If so, call your doctor to discuss the possibility of having Parkinson’s disease. 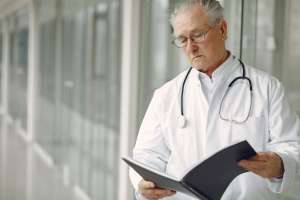 3. A Change in Hand Writing

Micrographia, a symptom of PD, is the scientific term to describe when a person’s handwriting becomes significantly smaller. If you notice that your or your loved one’s handwriting has become much smaller than usual or that the words appear closer together, it might be a warning sign to take seriously.

Feeling stiffness in your body — particularly in the arms and legs — is often a symptom of Parkinson’s disease. If your body feels sore or stiff but relaxes and starts to feel better when you move around, you’re probably experiencing natural stiffness from exercise or sitting down for too long. But if the rigidness doesn’t go away, it might be a sign of PD. Many people with the disease also feel as if their legs are “stuck to the floor” when they walk, so be mindful of such a sensation.

5. A Change in the Voice

Sometimes, PD causes hoarseness or softening in people’s voices. If you’ve noticed that a loved one sounds different recently, be sure to get a doctor involved and ask about Parkinson’s.

Other Things to Know About Parkinson’s Disease

In general, there are five stages of Parkinson’s disease. People with PD will go from experiencing very mild symptoms — mild tremors and difficulty moving — to eventually requiring round-the-clock assistance. Later stage PD causes extreme rigidness throughout the body, making it impossible to stand or walk straight.

There’s also something called Parkinson’s Disease Dementia. It’s a type of dementia that can occur in people who’ve had PD for at least one year and affects the brain’s cognitive functions. People can experience delusions and hallucinations and require professional care from a health provider specializing in treatment for dementia in Toronto and other metropolitan areas.

If any of the above warning signs resonate with you, be it for yourself or someone you love, talk to a doctor. They will help you plan your next steps, discuss professional care options, and give you some peace of mind.