The concept of using people’s drinks to drug them and take advantage of them is not superficial. It is an increasingly growing crime worldwide, and victims often find themselves in a hopeless situation. Studies have called these types’ date rape drugs’ leading to ‘drug-facilitated sexual assault.’ Under the influence of this substance, the abuser doesn’t care about the victim’s consent, deeming them unconscious and vulnerable.

It becomes almost impossible to protect oneself from sexual abuse in such a condition, as these drugs can make people physically weak. Many of these drugs are colorless, odorless, and tasteless, making it impossible to know what they’re consuming. Research has shown that many people don’t even remember what happened to them for a long time after these drugs, as they directly addle with short-term memory.

If you want to keep yourself safe and protected from these kinds of drugs, it is essential to get a helpful guide to know about them enough to recognize them. At a party or a club, you might find someone confidentially handing them out for cash return. Hence, it is essential to be watchful and attentive, and the most common date drugs that you can look out for are Rohypnol, GHB, and ketamine.

Rohypnol doesn’t have any smell or taste and is almost colorless when dissolved in a drink. It makes the user feel sleepy and forgetful when it gets into the system. The effects can last up to several hours and can be felt within 30 minutes of consuming the drug. The tablet has an olive-green color with blue color; when dissolved in light-colored drinks, it can change the colors to blue to alert the drinker.

GHB is a prescription drug that helps with sleeping disorders. It is commonly used to tamper with beverages, making it a date-rape drug. It can cause the person to throw and slow down their pulse; a high dose can cause death or coma. It is tasteless and colorless when one dissolves it in liquid. Paired with alcohol, it can make the effects worse.

Ketamine, an anesthetic drug, is helpful in surgical procedures as it makes the person less aware of their surroundings and distorts their senses. It is available in liquid and powder form, making it easier to dissolve in water, and it’s tasteless, which doesn’t do much to alert the consumer of tempered drinks. It can easily cause hallucinations, leading to nausea and increased pulse. The effects last up to an hour usually.

How To Avoid It?

Now that you know what you’re avoiding, it is essential to understand how to protect yourself from being drugged without your awareness. Here are some ways in which you can lower the chances of being a victim of being drugged unconsciously and save yourself from life-altering crimes: 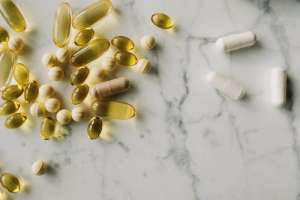 1. Be Mindful About Your Beverages in Public

Drinking beverages in public, especially at clubs, makes one an easy target of being drugged. The date-rape drugs are convenient dissolvents, so you need to be mindful about your beverages in public. First of all, don’t accept drinks from other people and don’t believe them when they say they’ve brought it for you. If you don’t want to dismiss them, ask them to order something different. And always remember to keep your cans, glasses, and bottles with you at all times and take your beverage with you when you go to the bathroom so that it’s not left unattended. Don’t share beverages with anyone other than your most trusted friends, and try to avoid open containers. If you left your drink alone, don’t drink it later and instead get a new one.

2. Be Aware of What You Consume:

Many parties have servings of drinks from punch bowls, but they are not safe. Abusers may use the open container to put in a drug, which can make you a target, too. Never let anyone go and buy you a drink; always go with them and see what they’re ordering. If that person is a stranger, don’t trust them to carry your drink for you either. Watch the bartender make and pour your drink, and bring it yourself. Be aware of what you’re drinking so you can easily sense even the slightest change in smell or taste. If someone has tempered your drink with a drug, it might taste slightly salty, but you have to be heedful to sense the change. If you feel drunk or high, even when you haven’t consumed any substance, get immediate help.

3. Pay Attention to People Around You

It is best to stay in a group of people; you know when at a gathering of strangers, but ensure that you know your surroundings if you’re alone at the new place. No matter how safe the place looks, keep yourself and your valuables safe. To avoid being a victim of the crime, trust your instincts and give anyone dodgy a second chance. Pay close attention to those around you so that you can know which group of people to stay away from and which you can trust. Always take someone with you whenever you visit the restroom or an isolated place during a party. However, the offender often is a friend, so don’t let the alcohol addle with your brain and stay vigilant if you find them acting strange.

Conclusively, if you find yourself in a confusing situation that makes you think that you have been drugged, instantly tell someone trustable. Alcohol can make your judgments cloudy, so make a retreat back home if you feel slightly dizzier than usual. Call a cab and get back home immediately. Don’t trust anyone who offers you a ride other than your reliable partner.