We all know that even recreational use of drugs can lead to addiction, infection, and in the worst-case scenario—overdose. The legalization of some drugs has dulled their potentially harmful side effects and the increasing use of marijuana and prescription painkillers has added a false sense of security to a very serious issue.

What many people don’t think about when they dabble in recreational drug use, is the long-term, negative effects that drugs have on their body. Most will be familiar with what drugs do in the short term, but how do they impact our health in the years to come?

The fact of the matter is that all drugs can potentially harm us in the long term. Of course, just how badly depends on aspects like frequency of use, choice of drug, and the method that it is taken.

Let’s take a look at how some of these factors can affect the health and overall wellness of the body.

Side Effects of Drug Use Methods

The way in which a user takes their drugs will have an impact on how it affects their body in the long run. Here are just some of the ways the different methods can negatively impact the body:

The Long-Term Effects of Specific Drugs

Every single drug out there impacts the body differently and there will be varied effects on the body depending on the choice of substance. Here is how specific drugs negatively impact the body in the long term: 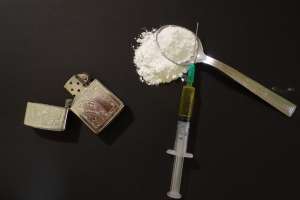 Heroin is an euphoria-producing drug that attaches to the brain’s opioid receptors almost immediately after use. It is one of the most highly addictive drugs in the world and can produce extreme withdrawal symptoms, as well as anxiety, depression, and insomnia.

It’s been reported that substantial use of heroin can physically damage the brain and weaken white matter. The brain’s function and structure are changed, and this leads to impaired sleep patterns, mood regulations, and response to stressors. It has a negative impact on the way that users make decisions and act. Heroin can also create hormonal imbalances and impacts neuronal systems in a way that is often irreversible. 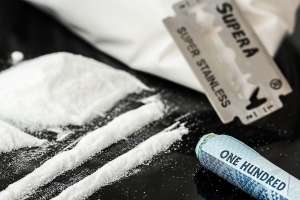 The stimulant nature of cocaine is what makes it so dangerous. It floods the brain with dopamine, producing an instant high. The chemicals interrupt and confuse the body’s pleasure and reward systems until it craves cocaine in order to release dopamine.

The immediate effects of cocaine increase the risk of a stroke or heart attack significantly and over time, users could experience psychotic episodes, paranoia, panic attacks, tremors, and more.

Some of the more damaging effects that prolonged use of cocaine can have on the body include:

Meth is similar to cocaine in that it is a stimulant that is highly addictive. In the short term, users can expect insomnia, paranoia, confusion, and violent tendencies. Prolonged use can impact emotional regulation, verbal skills, memory, and motor skills. One of the most noticeable impacts of meth on the body is that of “meth mouth”, in which the gums and teeth deteriorate to such an extent that significant dentistry is usually required to get it anything close to what it was before the addiction. 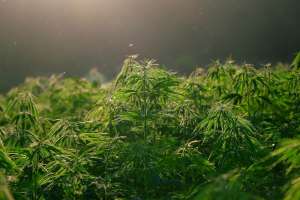 Despite its legal status for medical and recreational use in some states, regular, long-term marijuana use does not come without consequences and risks. The risks of damage from cannabis, in the long run, are substantially higher for those who smoke regularly before the brain is fully developed. Many people who use marijuana for a prolonged period during adolescence struggle to perform academically, they lack motivation, struggle with memory loss, and have other significant learning issues.

Marijuana is particularly harmful to those that are predisposed to mental health issues like schizophrenia, and heavy use could lead to psychotic episodes, paranoia, anxiety, and depression. Of course, there is also an increased risk of lung cancer, pneumonia, and other issues from smoking marijuana.