When the world is obsessed with entertainment, readers voraciously devour anything they can get their hands on, as long as it talks about their favorite celebs or movies and TV shows. There are thousands of tabloids published every day around the world, both print and digital, however, most of them are simply there to give you the latest news about the entertainment industry.

But Oh No They Didn’t (ONTD for short) is one of the few and popular forums that allows members to voice their opinion and discuss the latest happenings in the world of entertainment. ONTD is an excellent website that allows fans to get updated with the latest celebrity gossip and discuss the issue at length through comments on the post.

Why are we obsessed with celebs?

Everyone loves to follow the lives of celebrities with fervor. Celebrities have millions of fans from across the world like their artists’ work. Although despite probably having never met their idol, fans are also interested in their daily lives. This is the major reason why celeb gossip publications, websites, and TV shows are ranked among the most popular content today.

Here are a few facts which disclose the reason behind why we love celebs and follow their lives with such close scrutiny:

1. Humans are hardwired to be curious

According to anthropological research, humans have had a tendency to worship and discuss celebrities since the dawn of civilization. During ancient times, people would become fans of great warriors or poets and the trend has followed us down thousands of years and still exists. Actually, the innovations in communication technology, such as the TV and the internet have boosted the tendency to gossip about celebrities to an all-new level.

According to researchers, the curiosity about the happenings with others started way back during our evolutionary period. At the time, it was essential to know details about people in your immediate surroundings. This was important to understand who the enemy was, who was an ally, and to find potential mates. All this worked in line with our struggle for survival. Knowing such important details about your group members enabled people to have an edge over their contemporaries, especially as people used to live in small, close-knit communities.

2. Celebs are inspirations to their fans

However, now that we do not have to worry about basic survival, then why are we still so obsessed with celebs? Scientists are of the opinion that now, with faster and faster communication, we tend to enlarge our close group to include celebs, who we see almost every day in magazines, newspapers, TV, and on the internet.

This is one of the major reasons why we still idolize renowned people and love to discuss them. Many fans will admit that one of the main factors why they follow the lives of their favorite celebrity with such close scrutiny is to get inspired and reach the same level of success in life as their celeb idol has achieved.

Hanging out with your group of friends, how many times do you discuss the latest happenings in the life of your favorite celeb? Without noticing, we tend to discuss and gossip about celebrities for a significant portion of the time. This is because celebrity gossip gives us a common point of interest that is shared between you and other members of your social group.

Sharing juicy gossip not only gives you something interesting to talk about at any time with your group, but it also helps to strengthen the bond between you and creates a stronger relationship.

“Oh No They Didn’t” (ONTD) is described as the forum where celebrities are disposable but the comments from users are priceless. It is located in the US and is a completely moderated website.

Let’s check out the top 13 reasons why ONTD is loved by tens of thousands of users from around the globe.

1. ONTD is all about entertainment

ONTD, as an online community, includes everything that readers might want to read about celebrities, the latest movies and TV shows, the newest music on the market, the most popular video games, and covers every aspect of the entertainment industry.

When you join ONTD you get full access to their frequently updated gossip columns and news that affect the entertainment industry. From the latest celeb scandal to the greatest hits, you will find everything you need to know about it at ONTD.

2. ONTD gives a safe space to share news and gossip

According to ONTD membership guidelines, the community welcomes anyone, irrespective of their identity. Any form of discrimination, including commenting and posting derogatory remarks about an individual’s mental health status, race, ability as well as homophobic, sexist, anti-Semitic, and transphobic comments are frowned upon and immediately removed by the administrators of ONTD.

The forum stresses that opposing discourses stop being discourse when personal attacks and derogatory language is used. The admin rules dictate using the appropriate pronouns with transgender individuals and purposely addressing such individuals with the wrong pronouns is also considered to be derogatory and offensive.

3. Trolling is not allowed

Constant trolling will result in the member being banned indefinitely or permanently. Although being called as “stupid” or “gross” isn’t considered to be trolling or offensive according to ONTD user guidelines, you can definitely report and have a member banned if they use the F-word against you or someone you know. If the offending member insults or uses pejorative language directly against you or another member and threatening members with sexual or physical violence is not allowed within the online community.

4. Criticism has its limits on ONTD

Members can be reasonably critical of celebrities that the posts on the online community are about. However, if members choose to make serious personal attacks, they can be effectively banned. In addition, members who constantly use offensive language or slurs when talking about any celebrity, or even being misogynistic, may get a fair warning before being banned if they do not desist from doing so.

ONTD stresses maintaining a certain level of decorum when discussing the lives and works of celebrities and no member has the right to be overly critical or offensive in their comments and posts.

ONTD published posts from members only after they are carefully moderated by the administrators of the website. The members do not have the right to contest the decision of the website admins in case they refuse to publish a post for any reason.

Although sometimes moderators tend to approve posts that have already been published previously, members should wait for the OP to delete it themselves or wait for the moderators to take notice. Site admins do not allow posting of different information from an article that has been previously published on ONTD and is considered to be a repost. 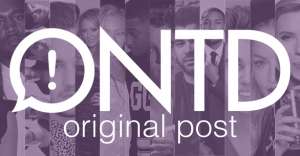 Members who join ONTD are encouraged to upload their best profile pictures and icons. The website does not approve of images and icons that have nudity, contain offensive images, or are bigoted in nature. If such an image is reported, the offending member may get a warning or maybe banned outright in the first instance.

ONTD disallows off-topic comments in regular posts. ONTD performs Roundups at least five times a week. It also offers Free For All Posts during the weekends so that members always find the most interesting things to comment upon and share their opinions.

If in case, members do go off on a tangent on the post, a gentle reminder from the admins is sent to discourage them and bring the discussion back on track.

ONTD is very strict about accepting new memberships. The site moderators usually look at the journal of the applicant and check to see whether they have a significantly regular presence and if their profile details are completely filled.

ONTD is a premium celeb and entertainment news website and community forum. It adheres strictly to the international copyright laws and does not allow non-owners to post copyrighted images or icons. Members are required to attribute copyright images and content to their original owners.

However, in case an infringement on the copyright laws is detected on the website, then the site admins take every possible step to rectify the error.

ONTD frowns upon click-bait content. It prohibits users from creating posts that have misleading or baiting titles. This rule is enforced even if the original source uses such a title. It is important to use proper names, especially when the person does not have a tag on the website. Members are requested to create posts with titles that have the celeb’s original name instead of their nickname to avoid confusion at the moderator level.

11. Tags make it easy to search for interesting content

ONTD encourages members to use the appropriate tags when creating posts for publishing. This is an excellent way to find the most relevant content quickly and more efficiently on the website.

12. Report and remove any report

Any member who finds a post or content that has been re-published, after having been posted earlier by them, can choose to edit or delete the post themselves.

13. ONTD stresses on being relevant

ONTD posting regulations dictate that any content uploaded on the website should be from a reliable source and the news should not be more than two weeks old.

These are the top 13 reasons why ONTD is a popular and immense source of the latest and most interesting entertainment new and celeb gossip for members from around the world.