Remember those endless marathons of cartoon characters-binging in your childhood? Nothing was more exciting. Getting up early in the morning just to watch cartoons was one thrilling activity. Those unlimited hours of Mighty Mouse and Bugs Bunny were literally to die for.

Back in those days, we didn’t have the fancy amenities of DVR, On-Demand content, or a range of Frontier packages to choose from. Still, we loved everything about those few available channels on our cable TV. Whereas kids today watch what they like whenever they want. With tens of hundreds of channels and personalized streaming options, they can always watch what they love. Despite all these incredible advances and variety of content, some things essentially remain the same. Our kids and their kids love the cartoon characters we loved.

Let’s know some of these phenomenal characters loved by generations!

10 Most Watched Cartoon Characters of All Time 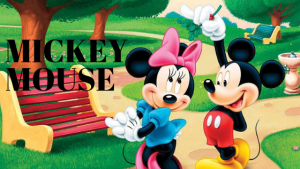 Mickey Mouse holds the crown for being the funniest character from the mighty animal kingdom. If you don’t know already, our favorite mouse is the official mascot of the Walt Disney. Ublwerks and Walt Disney are the creators of this amazing cartoon character. Launched in 1928, Mickey Mouse became one of the most-loved characters by the generations. We can never get enough of his hilarious and classic character. No matter how many new and fancy cartoon characters are created, he has still got many fans across the globe. 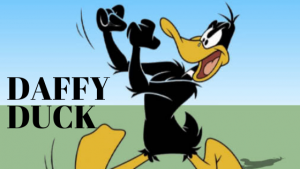 This animated cartoon character was produced by Warner bros. Making an appearance in Merrie Melodies as well as Looney Tunes, Daffy Duck is depicted as the bestest friend and rather occasional archrival of Bugs Bunny. Another favorite cartoon character! Daffy Duck still has a lot of potential in generating revenue if they make a movie with him. 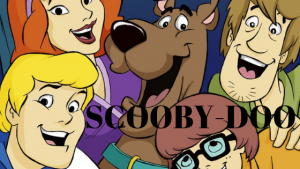 Scooby-Doo Where Are You! Who hasn’t heard this phrase and watched this show? We already love dogs and this fictional dog character has our heart. He is one of the cutest Great Danes and a wonderful fellow detective. This adorable dog makes an unusual protagonist and we simply love him! The aforementioned show is one of the most-watched animated shows. 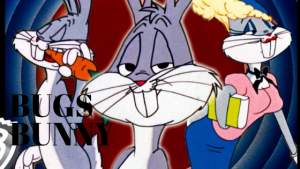 Eh, what’s up doc?” This signature Bugs Bunny-sentence will always ring bells for people who have watched Looney Tunes. Bugs Bunny has to be the most-watched cartoon protagonist until date. Created by Warner Bros, Looney Tunes revolves around this amazing character. Don’t we love this grey bunny with long protruding teeth and big feet! We totally understand his love for carrots. It wouldn’t be wrong to say that Bugs Bunny deserves to be the ultimate mascot of all cartoon characters ever! 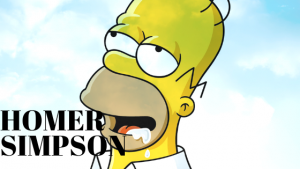 A yellow-skinned human being, Homer Jay Simpson is the main character of the popular American series, The Simpsons. It has emerged as one of the greatest characters in the series. He is known for his unmatchable sense of humor and his commendable take on pop culture. We thoroughly love his character! 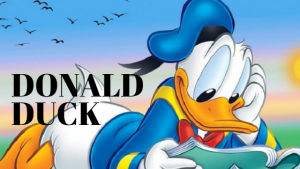 One of the cutest, big-beaked ducks ever! Created by Walt Disney Productions back in 1934, Donald Duck has to be one of the most entertaining cartoon characters ever witnessed. Donald Fauntleroy Duck is an anthropomorphic white ducky with orange-yellow feet, legs, and bill. It is clad in a nice cap paired with a neat sailor shirt. You can actually recognize his signature voice among many! 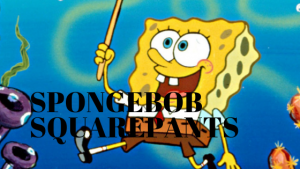 You can applaud the creative excellence of the creator of this sponge of cheese who made it get such massive popularity. SpongeBob is a titular character and the protagonist of the show SpongeBob SquarePants. He is goofy, funny, and thoroughly entertaining. Currently, it is one of the most-watched shows on Nickelodeon! 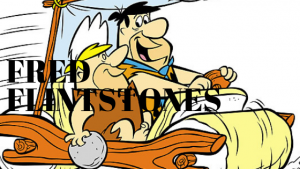 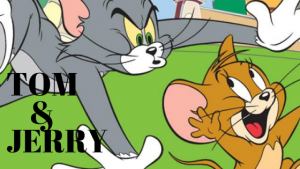 Tom and Jerry! How can we ever finish this list without mentioning this inseparable pair! Their love-hate relationship is no secret. That’s what makes the show incredibly entertaining. Joseph Barbera and William Hanna conceived their characters back in 1940. Generation after generation simply falls in love with these adorable characters. 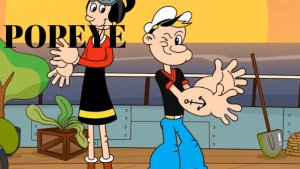 It started as a comic strip, just like many classic cartoon characters. This spinach-loving sailor was created by E.C. Segar. After its debut in 1933 on the big screen, he became an instant hit. The last Popeye shows came back in 2004 and it was a massive hit. What an incredible and long journey!

If you haven’t watched any of these phenomenal characters, you can still find some of these on your channel lineup. Because pertaining to their popularity, most of the mainstream cable TV services still air them. Whenever I want to reminisce my childhood days, I simply stream an episode of Bugs Bunny or Tom and Jerry with one of my Frontier Internet plans. It also gives me a chance to spend some nice time with my kids.