Walt Disney Movies is definitely winning in the box office with all the live-action releases of all their all-time favorite animated movies, from “Beauty and the Beast” to this year’s “Aladdin.” Up next is the movie “The Lion King.” Young viewers are not the only ones psyched about it; perhaps more so are the adults who were young children in 1994 when it first came out.

The movie is highly anticipated, mainly due to its star-studded cast. With the amazing Beyonce in the line-up, why wouldn’t the movie be buzzworthy, right? However, other than the Queen B factor, film enthusiasts say the live-action version holds great promise. The CGI is on point, and it appears that the story has not been altered too much.

It is no surprise that huge fans of the animated film as well as of the Broadway adaptation are planning extravagant private viewing parties to celebrate the upcoming release of the third version of “The Lion King.”

Speaking of viewing parties, big movie houses in Dubai are up for throwing private grand events such as exclusive movie viewing parties. One of the biggest cinema chains in the city known for its luxurious setting serves as a fantastic venue for the exclusive premiere of much-buzzed-about films, such as all the live-action movies Disney has lined up.

A boutique movie house like this allows clients to design a special movie event with them. It can include the following: 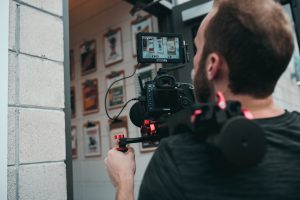 Not only that, the movie house can send fun electronic invites to the special group of people coming to the event. You can also arrange for catering with the place and prepare a carefully chosen spread from the cinema’s gourmet menu.

Plus, you can add more details to make the exclusive movie viewing party a truly memorable experience for everyone. If budget is no issue, there is no limit to the fun possibilities for the event.

Here are a few other inclusions to consider:

You really are only limited by your imagination!

There’s no question that people’s creative lifestyles inspire unique approaches to different life experiences. For hardcore movie fans, a special showing of a beloved film is an opportunity for the clever display of devotion.

For some, it means camping outside the nearest movie house for days. Others blog about it and start an online countdown. There are those who hold exhibits for their favorite movie franchise. And of course, you have the private movie-viewing crowd that rents an exclusive cinema for the experience.

Such movie devotion will come into display further in the coming months.

Recently, Disney released the official trailer for the live-action version of “Mulan” and fans are all hyped up about the Disney princess movie, whose protagonist is actually a warrior instead of a princess. There may be no chills-inducing rendition of the popular songs from the movie like “Reflection” and “I’ll Make a Man Out of You,” but the action scenes are surely what everybody’s excited for.

“The Little Mermaid” is already in the works as well, and movie buffs can’t wait to see and celebrate it, especially with the controversial cast. But for now, “The Lion King” is the movie to herald and it is an excellent movie to go all out on for an exclusive viewing. It’s colorful, it’s vibrant, and who isn’t giddy about the new versions of the original soundtrack?

If you will not be throwing a screening party in Dubai for the premiere, hopefully, you’ll get a chance to snag an invite so you can be a part of such an exciting movie-viewing experience.