For much of our evolution, the human species spent a majority of their day foraging for food. In these days, it was in the best interest of our time and resources to forage for food that was most calorically dense and took the least time to procure. While this instinct may have served our ancestors well in their relatively scarce environment, these very instincts are at odds with the widespread availability of food today. While the easy access to food is a comparatively good problem to have when you consider the contrary, the trade-off is responsibility. 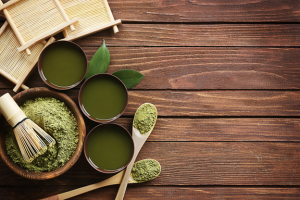 After the industrial revolution, the availability of food was less of a problem. However, information on the science of what was healthy was decidedly less available until only recently. There was little evidence available to refute the old food pyramid, which we now understand to be predicated on dubious advice.

The world of high-speed internet and infinite information can be a blessing if you are able to parse the fact from the fiction. Below, this article will attempt to demystify some of the gray areas of a healthy diet.

Blood Sugar And Its Implications

One of the ways in which easily digestible foods wreak insidious havoc on our bodies is in the way they act on blood sugar. Our bodies were made to accommodate a gradual increase in blood sugar, but manufactured or altered foods that are artificially made to be easily digested precipitate a hypernormal spike in blood sugar levels. This is a large reason why simple carbohydrates like white bread or white rice are increasingly demonized, and rightfully so. 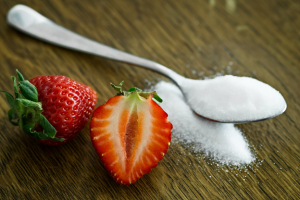 While the importance of the circadian rhythm is increasingly treated with respect, there are other significant rhythms by which the body operates. The cyclical nature of hormones like insulin is also highly important. If levels are kept chronically high due to persistently elevated blood sugar levels, the body develops an insensitivity and diabetes ensues.

In people who are diabetic, certain medications like Lantus can make a world of difference in the quality of life. While it is a brand name drug, it can still be had at a bargain cost due to Lantus coupons.

As previously stated, the cyclical nature of bodily rhythms is important for maintenance of health. One area worth exploring for optimal health is metabolism. Getting into a regular schedule of eating and not eating has been shown to activate various pathways within the body.

When you consider the African savannas on which hominids are speculated to have evolved, making the conjecture that there were periodically times of scarcity or absence of food makes sense. The mounting evidence of the benefits of intermittent fasting seems to fit snugly with this understanding of our past; that is, our bodies are designed to not only survive periods without food, but thrive in it.

Intermittent fasting and caloric restriction lead to improved parameters for cardiovascular and brain function in mouse models. In addition, they lead to an increased resilience to injury to these systems. At least part of this is thought to be due to the effects of fasting on the release of brain-derived neurotrophic factor, a protein that can be thought of as “fertilizer” for the brain.

While something like a glass of apple juice or orange juice can seem fairly innocuous, a glass of the latter can contain as much sugar as a 12 ounce can of Coke. This translates to a comparable insulin response in the body. In this way, fruit juices can be even more trouble than something like soda, whose effects are at least known to be harmful. 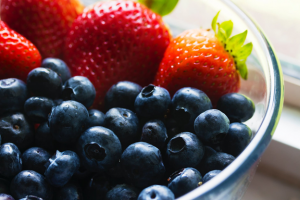 You may be skeptical in regard to why juice is more harmful than eating the fruit from which it is derived. The answer is because of both the role of fiber and the concentration of sugar. Sugar found in its natural form is nearly always accompanied by fiber, which attenuates its absorption in a beneficial way. In the case of fruit juice, fiber is removed and only the sugar is left. This concentrates the sugar and promotes its rapid absorption.

If you do have a hankering for fruit, consider eating it whole or otherwise making a smoothie out of it that does not remove the fiber. In other words, opt to make your drink with a blender as opposed to a “juicer”, which also removes the fiber.

Eat All Colors of the Rainbow 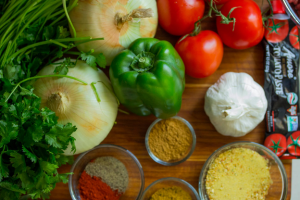 We are naturally drawn to the lush, bright colors of fruits and vegetables. As it turns out, the difference in color often comes as the result of the differing vitamin, flavonoid, and polyphenol contents of these foods. If you want to be sure you are getting all the vitamins and minerals your body craves, try to eat as many different colors as you can.

Located at the center of the chlorophyll molecule is an all-important electrolyte known as magnesium. This element works in conjunction with potassium, sodium, and calcium. Magnesium aids in the maintenance of blood pressure and normal muscle functioning, so if you find that you are getting muscle cramps, it could be a sign that you could use some more.