They say that clothes make the man, and indeed, the clothing and textile industries have burgeoned in our global, modern times. With every passing year comes a rise in both high and popular fashion, and a number of trends—be they patterns, materials, or motifs—sweep the world stage every season.

But there is more to the textile and clothing industries than the glitz and glamor of fashion. These two industries are also key drivers in the livelihood of many emergent nations: in Cambodia alone, for example, the garment industry is responsible for 80% of the nation’s manufacturing exports and 65% of its formal employment—contributing more than 10% of the nation’s gross domestic product, or GDP (Overseas Development Institute 2008). 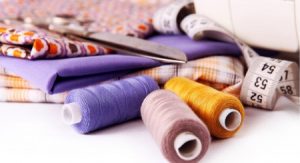 The clothing and textile industries are also necessary recipients of innovative technology. We have moved on from having a rich heritage of weaving from traditional looms and hand-dyeing cloth to using implements such as motor-powered textile machines. The latter utilizes miniature motor technology to ensure fast and accurate procedures in textile manufacturing, such as the spinning and positioning of yarn. Thus, dynamic forces work together with human creativity to produce clothing and textiles—thereby sustaining both the needs and desires of customers and workers worldwide.

That said, here are some important facts about these two industries that touch upon issues of commercialization, culture, the environment, and livelihood. 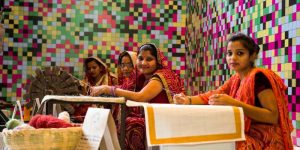 In these industries, cotton remains the most important of natural fibers. Ten years ago, the global yield for cotton reached as much as 25 million tons—harvested from 35 million hectares of land in more than 50 countries. Cotton growing falls under the categories of organic and genetically modified cotton. Moreover, cotton undergoes five stages of production in modern manufacturing, which are: cultivation and harvesting, preparatory processes, spinning, weaving, and finishing.

2. Clothing and textiles drive the growth of a number of countries

In terms of economics and livelihood, heightened production in the clothing and textile industries has vastly contributed to the GDP of a number of developing countries. Nations such as Bangladesh, Pakistan, and Sri Lanka look to the clothing and textile industries for more than 50% of their manufacturing exports, and a large part of their labor force. However, there is a flipside to this.

3. Exploitation in these industries runs rife 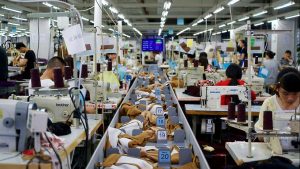 Globalization and accessible manufacturing technology do not come without a price. A grave social effect of the rise of these industries is the exploitation and trafficking of workers. In recent years, several big-name fashion houses have been indicted in cases of poor working conditions and unjust labor practices. For a better world, these industries should not only pay attention to the production aspect of the work but the social and cultural aspects as well. Without these, any advancements are for naught.

4. Waste is also an emerging problem

Another hard reality that comes with the production and consumption of textiles is how much waste is generated. As recently as 2014, it was reported that the worldwide consumption of textiles was at 73 million tonnes, and rising by 4% each year until 2025; conversely, only 20% of textiles are recycled (Fashion Revolution 2015). Textile waste is generated both as leftover materials from clothing production (pre-consumer waste) and discarded materials after customer usage. Among the waste, problems are an overproduction of cheap and brittle fabric and an excess of clothing for secondhand usage via re-selling or donation to charity.

In short, great growth has come from these two industries, and technology has been well-harnessed to support global needs and encourage art and innovation. It is also up to us, however, to learn what we can about the clothing and textile industries and how their growth affects us all in the long run, in terms of sustainability and livelihood. Clothes can bring the best out of us not only as advocates of impressive manufacturing technologies but also of sustainability and higher quality of life.