With the rise of recent shark attacks here on the Pacific Coast, the demand for anti-shark devices has been on the rise. Just look at San Onofre Beach, which was closed last April after a woman was attacked by a shark. There were also two attacks in Santa Barbara on the same day, one of the victims a paddleboarder and one a kayaker.

Since there have been so many shark-related incidents within the past year, many beachgoers have been going to their local surf shops and snapping up these anti-shark devices. So while not even the thought of a shark can keep the passionate surfer or beachgoer out of the water, there is still an obvious fear of the threat at hand.

With the increase in demand for anti-shark devices, many anti-shark device manufacturers have been pushing to market and innovate their products. Typically, you’ll find that these devices can cost anywhere from under a hundred dollars to upwards of a thousand.

One of the most popular anti-shark devices on the market right now is Sharkbanz. Not only is it very inexpensive compared to other anti-shark devices, but they’ve also done really well in marketing their technology testing. The idea behind the Sharkbanz is not very complicated at all. Sharks have electro-receptors in their snouts that help them to find their prey. If prey is emitting electrical current, sharks will be able to find them. Sharkbanz works like a magnet to emit magnetic waves and disrupts the shark’s electro-receptors so that it becomes overwhelmed and turns away.

Another extremely popular anti-shark device is the Shark Shield. According to Shark Shield, they are the “world’s only scientifically proven and independently tested electrical shark deterrent”. Unlike Sharkbanz, Shark Shield unleashes a 3-dimensional electronic field that, when in a few meters of shark, will cause muscle spasms in their snout. The Shark Shield was originally intended for diverse with a long cord that hung off the back of the device, though they now have paired with stomp pad devices that can be put on the back of surfboards. With all of the claims that these devices have been thoroughly tested, the questions that still remains is, “Do these anti-shark devices really work?”

Let’s look at Shark Shield for a moment, as it seems to be the most promising in the world of anti-shark devices. With twenty years of research under their belt and tons of testimonials from famous surfers and divers, you would think that even the scientific community would be convinced that there is something to these anti-shark devices. Strangely enough, that isn’t the case. Dr. Carl Meyer from the University of Hawaii Shark Research Department says that devices that use magnetism of electronic could certainly work in theory, but there certainly needs to be more research before we can buy into their efficacy. He also notes that there are many nonsensical devices that are out there. This means that certain companies only have a theoretical base while some are just in it for money without regard for true safety.

Back in 2012, a team from Flanders University paired up with the South Australian Research Development Institute, also known as SARDI, to test out the Shark Shield Freedom 7. The Shark Shield Freedom 7 is tied around the ankle of divers and has a long cord that hangs off the back to emit electrical pulses and keep a theoretical shield around the diver. While there were no definitive answers that came from this study, researchers noted that the device did have somewhat of an effect, even if not every time. 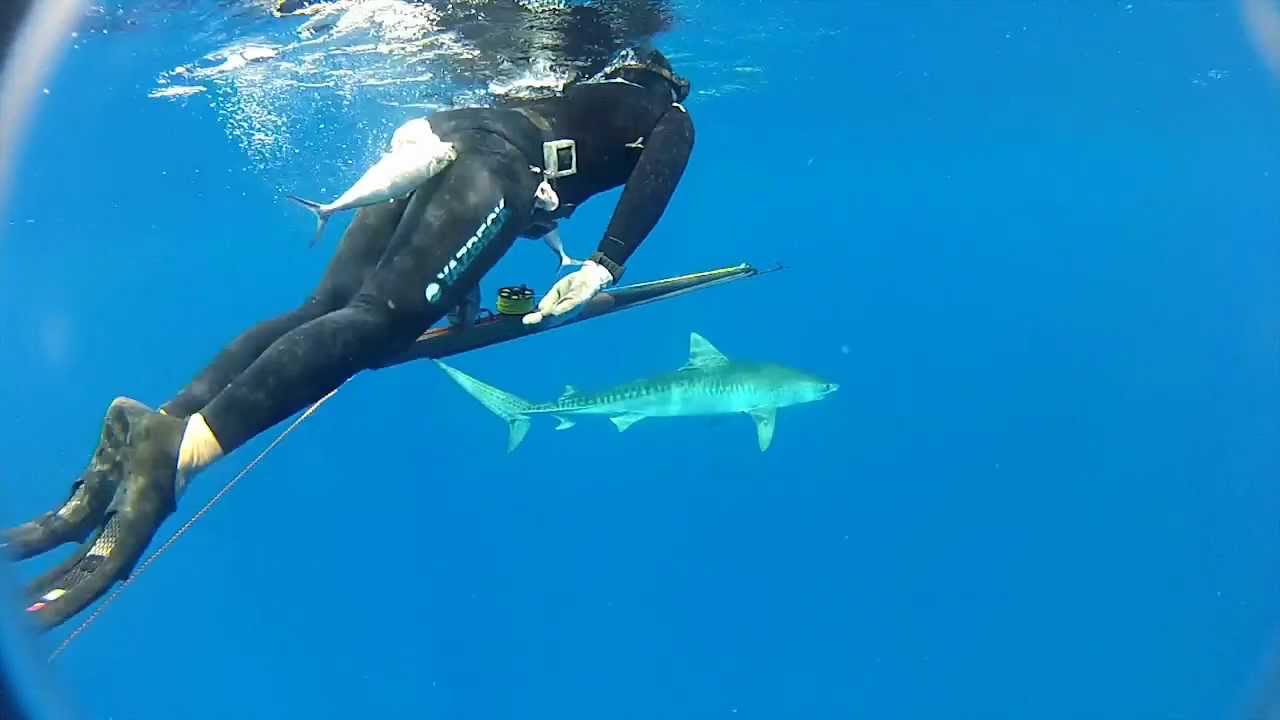 They tied the devices around pieces of bait and watched the shark’s behavior. They saw that many of the sharks took more time to get to the bait, while some never touched it at all. Unfortunately, some sharks had no issue with the device and grabbed the bait without hesitation. The sharks that attacked without hesitation were great white shark according to Dr. Alison Knock, one of the leads in the study. By taking this information, we can see that there certainly may be a reduction in the risk of attacks, though they don’t provide a concrete solution.

Have There Been Any Scientifically Proven Anti-Shark Devices?

Unfortunately, without the correct amount of peer-reviewed articles and published studies, there are no completely scientifically proven methods to 100% deter sharks. The good thing is, there are many studies that are being created and conducted because of the recent onslaught of shark attacks. Essentially, you would need a study for every type of device on the market to test every methodology.

There are studies out there showing that electronic fields and magnets can certainly reduce the probability of sharks attacking and they have been conducted in the same manner as the Shark Shield study with bait. The thing is, probability and total efficacy are two completely different statements.

We believe that a lot of these shark attacks are up to chance. Obviously, the more people that go into the ocean, the higher the chances of a shark attack actually become. All in all, shark attacks are still very rare if you look at the big picture. You have to think of it from a territorial standpoint. There are many surfers who want to surf certain spots in the world where sharks are prominent. If you’re one of those surfers, you need to accept the risk. It is the same risk as a mountain climber hitting Everest or a skateboarder hitting a 12-stair. While having an anti-shark device can be a positive variable in the possible interaction between you and a shark, just know that there is no definitive solution and that risk will always be there.

Do these anti-shark devices harm sharks?

Absolutely not! These devices were not made to cause harm to sharks, only deter them from coming in contact with you. The overwhelming sensation in their snouts can be compared to someone walking into a dark room and suddenly being hit with a bright light. It is far more annoying than it is harmful in any way. These anti-shark devices are also made to only affect sharks, so if you find yourself in the water with a group of sea turtles or dolphins, rest-assured, they will not be affected.

What is the overall risk of an actual shark attack?

To put it in perspective, you are more likely to die by a horse kick in the head than by a shark attack. Let’s just check out the stats in Australia, one of the biggest surfing destinations in the world. There were 15 unprovoked shark attack cases in 2017 compared to just over a thousand that had died on Australian roads that same year due to car crashes. It’s not that there are more sharks in the water than there used to be, but more people going in the water that are unaware of the presence of sharks.

It is important to get as much information as you can before buying an anti-shark device so that you can make the best decision. The idea that these will provide you complete safety though, is only idealistic. When it comes down to it, the ocean is not your best friend. Though it may feel like home to many, there are risks you take every time you enter the water. The best thing you can do is closely assess the waters before going in and be aware at all times. Let the anti-shark devices be there for peace of mind.