Adulthood can be a challenging stage for people as it entails a lot of responsibilities that take a toll on your emotional and mental state. As such, people want to feel young again, even just for a day. The fashion industry recognizes the comfort in wearing something that reminds them of who they are.

In 2011, the animal hat trend started to make waves with the appearance of Hollywood stars wearing them on movie premieres, following the faux couture trend. Animal hats are headdresses featuring different animal faces, the most popular of which are bears, pandas, and cats. They consist of artificial whiskers, ears, and pompom flaps. Depending on the animal it imitates, some have added features like mittens or antennas.

It was initially used as costumes for Halloween, music shows, and other entertainment activities. However, because of its popularity, it has become a standard part of daily casual outfits.

Why is it Trending?

Fashion allows people to express themselves, celebrate creativity, and explore various looks. While some people see the animal hat as outrageously childish, the trend endures time as more people continue to demand different designs. Adults claim that kid’s fashion is more colorful compared with the professional vibe of adult fashion.

Wearing hats such as this one makes them feel freer and younger without restricting social conventions. It can be perceived that this fashion trend has encouraged the attitude of embracing your identity regardless of time and age. Identity expression is important because it positively affects your emotional state and overall well-being. 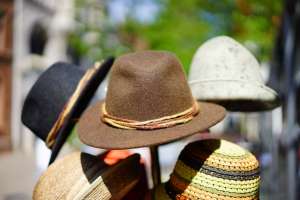 Further, these hats prove to be economical as they are perfect for body covering, especially during the winter. These hats only show that you can protect yourself against the cold in style. The materials used for these headdresses, which comprise of either fur or faux fur, give warmth to the person wearing them.

Also, women claim that the hats remind them of their childhood and, thus, have sentimental value. It brings back our ability and willingness to play and forget the complexities of life. As Stuart Brown once said, humans are designed to play through their lifetime. This headdress allows people to put on a costume that helps them express their inquisitiveness and creativity through play.

How to Create Your Hat?

Hats can be expensive, and your favorite style may be unavailable in stores. However, you must not get discouraged as you can still wear them at a lower cost and in customized design. Here are some of the necessary steps in creating your ‘do it yourself’ (DIY) hat:

Animal hats only prove that you can be whoever you want. You can be a mature person but can also be a child at heart, and you should never apologize for that.