What happened this year in Multi-cloud and containers?

Cloud computing can seem these days to be the norm, but that doesn’t mean the sector is static.  Far from it, cloud practices, technologies and culture, plus microservices, architecture, containers and DevOps to name a few are continually developing at breakneck speed.

As we move into 2019, we look at what has been happening in the print world and what we have to look forward to next year, and it’s more sophisticated than a Hewlett Packard Deskjet 3630.

1. Multi-cloud Heads into the Mainstream

2018 heading into 2019 is where multi-cloud took over to become the norm in IT.  With businesses and organisations comfortable with the single-cloud situation and will look towards adding more.

It’s more a case of an organisation having a running workload in the cloud, but are now in evaluation mode of whom the second cloud provider is going to be.

In a cut-throat environment with expansion on many organisations minds, it inevitably leads to the procurement policy as very few large businesses can afford to rely on a single provider. With pricing, services and capabilities varying, it’s only reasonable that they will at least consider another option. 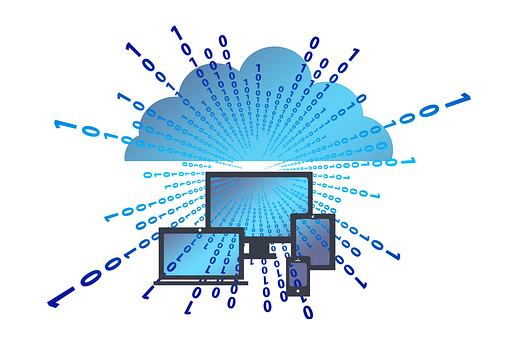 Workload portability and optimisation are at the forefront of everyone’s minds and will play a vital role.

Opensource technology will remain to be a player in the market as it avoids vendor lock-in.  The organisations who will emerge are the smart ones who build their relationships up with open source communities as that is where the future lies.

2. IT turns from Adoption into Optimisation

2018 was also observed as the year when the cloud narrative shifted more away from adoption and right into optimisation.

It’s a big job to manage as the multi-cloud environment starts to proliferate, as management issues will be realised next year.

As customers continue to progress in their cloud journey, they are coming to the juncture whereby they realise that there is a mix of clouds and this means a lot of cloud console to cloud console movement.

Next year can be seen as a buzz year as with data optimisation covering diverse cloud storage portfolios such as data integration, security, encryption and sovereignty to name just a few, DATA is the word on everyone’s lips.

As businesses identify the mix that serves them best for their individual application portfolios, data has become more influential due to its implications.

Hybrid cloud models are another thing that we have seen more of this year inside IT shops, almost inevitable given digital transformation trends and edge computing continue to grow.

Now it’s becoming plain to see that communication and reliability of apps need a hybrid computing environment to optimise them. If anything, the hybrid has become somewhat of a fact of life in 2018 due to businesses data and apps becoming spread between in-house platforms and edge IoT.

Resulting in the fact that has hit IT leaders and their respective teams understand that the good old days are gone and get used to the fact that you be managing a portfolio that is considerably broader now and this will endure so decisions need to be made on what can be dealt with in-house and what needs to be outsourced.

It’s a time in the evolution now that CIO’s and CTO’s will be making a conscious choice of what aspects of their Hybrid IT mechanism are they going to control internally and what will be shifted to a third-party.

These have been a hot topic this year in IT, resulting in broader adoption with more to come in 2019.

As we witness, the evolution of cloud computing we see mainstream adoption becoming even more commonplace next year than this year as microservers and container orchestration tech goes mainstream.

Microservers, when they are using traditional methods, can prove costly and complex, so that poses a danger for businesses turning to microservices-based architecture, which is a reason why we saw so much stock rise in containers. Kubernetes proved themselves to be the standard for cluster computing, and its ecosystem.  It is not surprising many software vendors are using the same model and strategies for their ecosystems. That’s where the adoption lies.

What we have seen is containers and orchestration reaching a point whereby software vendors started to make container-ready solutions enabling their customers to save time and finances on integration and other such tasks.

With containers becoming more mainstream we saw standardisation come to the forefront with OCI and Linux being an example.  Kubernetes certified program another that took effect will have made some of the traditional software makers look toward their related technologies as a potential starting point to help their solutions.    We saw more and more container-packaged, and Dyna-managed solutions that built off the back of the container and orchestrator ecosystem.

When it comes to hybrid cloud capability, workload portability is also worth looking at. It’s worth at this stage pointing out that IT teams generally get going with container and microservices, in fact, don’t have to run them in a cloud at the start or at all.  However, if you do then decide later to migrate the application, it will make it easier.

What the industry most liked about Kubernetes solution is the ability to move the level of abstraction up from the standard that IT departments adhere to simply deploying apps directly to the operating system, Kubernetes make moving apps between on-premises to the cloud considerably easier. For businesses to remain competitive, they must even further reduce the cost of direction changing. Efficient Kubernetes monitoring present organizations greater visibility into the application & improves business performance. Plus, more profound insights into the containerized applications, along with underlying infrastructure metrics.

Having this flexibility this year had other reasons for importance, one that has underpinned the growth in the area as more and more IT leaders understand how important it is to match workloads for the right situations.

With DevOps maturing to be somewhat of a parallel with cloud, it’s about time that IT leaders delivered on the potential of providing higher quality services on a more frequent basis and with faster capabilities. This year was a critical juncture. It was all about speed quality but at affordable costs.

However, having seen what we saw it was very much a year where we learned to scale DevOps as a lot of what is in the development cycles is still labour intensive with many people featuring throughout the cycle.

Automation is what we see more of in 2019 with Kubernetes leading the way where teams can meet higher expectations without the addition of extra people.

It was a year for scaling DevOps while meeting business goals for recruitment.

The cloud is ever-evolving and expects 2019 to follow suit as this ultra-competitive sector gets even more so.

David Blakey is a seasoned tech writer. He likes writing about computer gadgets, printers and other electronic devices. He is associated with www.hottoner.com.au suppliers of premium toners, hp deskjet 3630 and HP Deskjet 3630 cartridges.