What is vitamin D?

Vitamin D is a group of compounds that support a multitude of essential biological functions. It is a fat-soluble substance that manifests in various forms like vitamin D2 or vitamin D3. The latter is synthesized when the skin is exposed to UVB radiation from the Sun.

Other compounds of vitamin D can be obtained from foods like eggs and fish (tuna or salmon), along with mushrooms which receive Sun’s UV light while growing up. Vitamin D gets biologically activated through hydroxylation in the kidney and the liver.

A  vitamin D test is conducted to test the level of the activated vitamin D in the body.

What is the function of vitamin D?

Vitamin D is instrumental in facilitating the absorption of minerals like calcium and phosphate alongside magnesium. Its roles are:

What is a vitamin D test?

Vitamin D is tested by taking a blood sample. The level of vitamin D found per ml of blood is given out in the test. There are two types of Vitamin D tests. One measures the vitamin D hydroxy 25 levels while the other measures 25 dihydroxy vitamin D levels. The former is more frequently used since it is considered the best indicator and is also known as the 25(OH) vitamin D test or calcidiol 25-hydroxy cholecalciferol test.

What is vitamin D hydroxy 25?

Vitamin D goes through a hydroxylation process in the liver and kidney in order to become viable for use in the body. In the liver, some enzymes facilitate the process of altering vitamin D into usable compounds. The product is a chemical known as calcidiol. 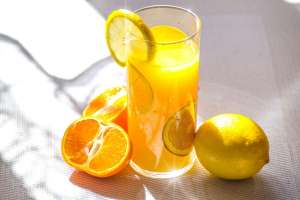 Calcidiol is also known as Vitamin D hydroxy 25 and can be made from vitamin D2 or D3. This chemical is further transformed in the kidney. Hence, it is often known as a precursor hormone. Its low levels result in bone-related issues. Calcidiol levels are the best indicators of vitamin D. Vitamin D hydroxy 25

Why get a 25 vitamin D hydroxy test?

Recent research revealed that more than 70% of Indians suffer from a deficiency of vitamin D. Thus, a vitamin d test is vital to detect deficiency before it is too late. When the lack of vitamin D is not addressed on time, it results in fatal diseases like:

Low levels of Vitamin D make a human vulnerable to cancers like breast cancer, colon cancer, etc., since vitamin D boosts immunity. Patients who have cancer are given vitamin D tablets to increase their life.

Vitamin D hydroxy 25 is crucial for iron absorption. Iron is used to form red blood cells. When there is not enough vitamin D, the formation of RCBs is significantly reduced, resulting in anemia.

Various cardiovascular diseases are linked to vitamin D shortage in the body.

Rickets is a bone disease where lack of vitamin D affects the formation of bones.

When to seek a vitamin D test? 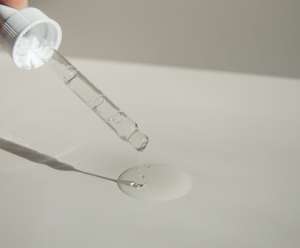 When you have a deficiency of D, your body initially shows several signs of weakness like increased sickness, recurrent infections, exhaustion or fatigue, and hair fall. In these cases, your physician might suggest taking a vitamin D test. It can also be suggested when you have the following problems:

Other than this, you might be suggested to take a vitamin D test if you have a dark skin type since melanin obstructs the absorption of UVB rays which are essential for the skin to form vitamin D3. Additionally, old people are more vulnerable to deficits of vitamin D. Thus, they are suggested to monitor their levels.

What do test results say?

The test results are given in the ratio of nanograms of vitamin d hydroxy 25 per milliliter of blood usually. The guidelines through which the levels are interpreted are:

Having more than 100ng of Vitamin D per ml of blood is deemed toxic.

Read More: Discover the Truth About Vitamin Packs: Should You Be Buying Them?