If you drive, then you know that all motorists should carry insurance. Every state mandates that you need a certain amount, though the particulars vary state by state. You probably also know, though, that there are people out there on the roads every day that try to get away with driving uninsured.

If you get in an accident with someone who’s driving uninsured, then you’re going to have to approach things a bit differently than you might otherwise, especially if the collision was their fault.

Here are a few things that you’ll need to consider as you try to recover damages.

More People Do This Than You Think

Texas’s Insurance Information Institute estimates that 14.1% of drivers do not carry insurance. The numbers are probably similar for most other states as well.

People try to get away with this because:

If someone feels like they don’t need state-mandated insurance because they think they’re a superior driver, and they won’t cause an accident, then that’s just arrogance. Even if you’re a fantastic driver, sometimes situations occur that you can’t control, and that’s why you need insurance. It’s about personal responsibility.

If someone can’t afford insurance, but they need a car to get to work, then that makes a little more sense. After all, we are right in the middle of a pandemic, and many individuals are feeling the financial impact. 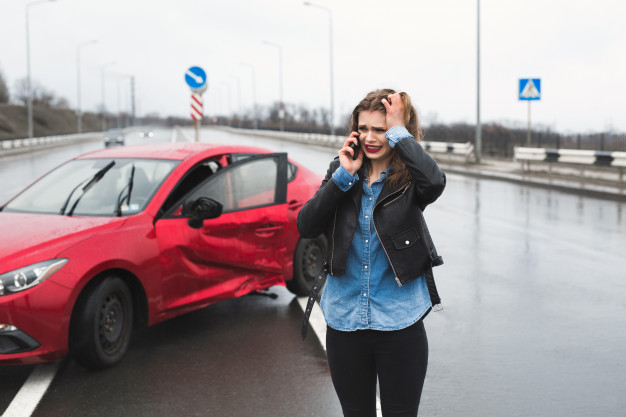 If you get in an accident, then the first thing you need to do is call the police. This is because:

You must contact the police regardless of whether the other driver has insurance or not. If you talk to them right after the crash, though, and they say they don’t have insurance, it’s even more vital that you get the police involved.

You Should Never Accept Money Right Away

Sometimes, if an uninsured driver hits your vehicle, they’ll try and convince you not to call the police. Instead, they’ll tell you they’re uninsured, and they’ll try to play “Let’s Make a Deal” on the spot.

They might look at your car and try to assess the damage themselves. Then, they’ll offer you money they feel is fair payment if you don’t report what happened.

You should never do this. For one thing, you don’t know how bad the damage to your car is. You might try to estimate it, but until you get it into a garage so a mechanic can assess it fully, you’re just guessing.

Also, even if you feel fine at that moment, you might have suffered injuries that don’t reveal themselves right away. Much like taking the vehicle to the mechanic, you need to get to a doctor so they can look you over.

The other driver might end up owing you much more money than the paltry couple of hundred dollars they may try to offer you. You might win a court judgment against them that’s worth far more.

It’s not you trying to get money out of the situation unfairly. It’s you being smart and getting your fair recompense for auto repair bills, medical bills, wage loss, etc.

Get All Their Information

Assuming the other driver didn’t attempt a hit-and-run, even if they have no insurance, you can still get all their contact information. That includes name, phone number, and their vehicle details.

You can also try to get contact information from any witnesses. You might call on them to testify in court if that becomes necessary.

You should also try to record any details regarding what took place that you feel will matter later. Note the time of day the accident happened, the traffic and weather conditions, and anything else that caused the crash.

When the police show up, take down the badge number and name of the responding officer. They’ll be glad to help you out later. Cops don’t appreciate uninsured drivers, so they’ll be eager to get another one off the road.

You can also take lots of pictures of the crash scene. These can back up your story later. Almost every individual has a smartphone with a camera these days, so you should have no trouble documenting the accident.

You might also look around and see if there are any traffic cameras or stores with cameras nearby. You might need that footage later if the uninsured driver changes their story about what happened.

Get a Good Lawyer

The last thing you’ll need to do is contact a lawyer who can handle your case. If you’re dealing with an uninsured driver, then the law is immediately on your side, at least to some extent, and if you facing any legal issues visit Cogan.

Assuming that the accident wasn’t your fault, then you should win your court case since the uninsured driver should not have been out there at all.

Getting the uninsured driver to pay can be tricky, but if you’re persistent, you should be able to do it. Even if they need to liquidate some assets to pay for the damages, you’re perfectly within your rights to expect them to do so.