Not everyone is Einstein or Newton. Just like mathematics, many students have a fear of Physics and thus they hate learning the subject. Thus, there is a greater chance that he/she is likely to develop a dislike towards Physics if they are bad at maths. A student will likely have an aversion towards physics if he/she hates math. This can be assumed by the fact that physics is quite a challenging subject which consists of heavy contents, be it the theorems or derivations, and also, many face difficulties while solving the problem during the examination hours as only limited hours are available.

Moreover, it is a subject that is based on the criteria that a student must memorize the theories, formulas, principles, derivations, and such. Thereby, becoming the hardest and exhausting subject, next to mathematics. Keeping these under consideration, there are many students who realize that he/they do not possess the required skills and aptitude that one must have to apply theoretical knowledge while solving problems. And, as a consequence, they end up disliking the subject, which overall creates confusion and so degrades their performance in the examination.

The subject of Physics includes a variety of topics, which range from static, kinematics, dynamics, gases, magnetism, and electricity, and so on. Some of which can be more interesting, but every topic is associated with mathematical analysis and calculations; thus it is required that one must have a clear knowledge of the formulas, equations, and theorems.

Some believe that the reason behind one’s dislike for physics is due to the teachers who are often blamed to be incapable of delivering the knowledge to the students. Whereas, some blame the complexity of that subject.

What actually makes the Physics subject hard to prepare for?

There are two reasons responsible for making Physics the hard subject, next to mathematics. So they are:

Without the application of mathematics, the subject of physics on its own becomes just philosophy with just possibilities in the theoretical world. And thus, the link between maths and physics tends to put pressure upon the students and thereby he/ she eventually starts to lose interest in physics.

Nonetheless, there are many possible solutions that would help the students to overcome their fear and hate towards Physics.

There are many textbooks available in both offline as well as online markets, such as the HC Verma Solutions Concepts of Physics and also textbooks developed and published by NCERT, or the National Council of Education, Research, and Training. These books are often advised by many course instructors and teachers to the students as they are present and deliver the topics in a simplified and easy-to-understand language.

How to become outstanding in Physics?

Generally, the Physics subject is itself a complex subject which includes many theories along with mathematical explanations and derivations of each, and also calculations and equations which causes great stress amongst the students. However, it holds the reputation of making enormous contributions to the understanding of the world around and many phenomena, and also the technologies till date. 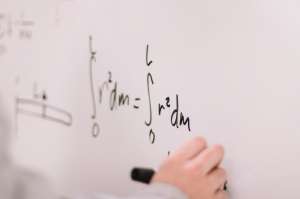 Being a subject of great importance, it is often being neglected and feared by many students. So, there are some tricks and strategies which one can follow in order to get a clear understanding of the subject and also score better in their examinations. These strategies intend to show the students a path to easy learning, but the responsibility lies in their own hands whether they would get through with the subject or back-off. Therefore, below are some of the strategies mentioned which one can follow to achieve the desired results.

1. Getting a clear view of the basics and fundamentals of Physics:

Physics is based on a series of basic concepts which highlight a range of theoretical frameworks. Thus, it is necessary to have a clear idea about the basics first. It is advised to assimilate the concepts and theories rather than simply memorization, which would be immensely helpful to understand the underlying principles and the connections that exist between different subjects.

2. Get familiar with mathematics as well:

The true identity of physics is highlighted only with the application of mathematics; otherwise, it remains just as a philosophy. Thus, one must have a clear understanding of the concepts and formulas of mathematics and its applications to solve the problems and tackle the complexity of physics. It is a smart move to review mathematics alongside Physics, in order to improve and handle the methods and concepts. Also, regular practicing can make one master the subject and score better with the help of HC Verma Solutions Concepts of Physics and NCERT.

It is advised to take the queries often in a simple manner, for better understanding. If stuck in a particular situation, it is advised to re-analyze that situation with proper visualization. Sometimes it is observed that in such situations students tend to lose interest and focus. The smartest way is to keep memorizing it in mind as an exercise.

4. Visualize what you read:

Making simple illustrations as going through the texts is a great method to make the concepts simpler and understandable. To understand the problems or memorize a topic, the best way is to create a sketch of that particular topic into graphics or sketches, or visuals in the mind. Thus, it is a better method to keep the process of learning Physics exciting, enjoyable, and understandable without much difficulty.

The effective and the most efficient way of learning physics is to prepare his/her self-made notes from the textbooks. Also, a student must follow a proper study and practice regime in order to get a clear understanding of the subject. Also, flashcards can be prepared regarding the topics in which a student gets stuck and can go through them every once in a while.

Therefore to get a clear understanding of the Physics topics, one must follow the above-mentioned strategies. Also, it is said that both maths and physics are two opposite sides of the same coin, and without mathematics, Physics is just a theory.

Intruders Not Welcome. Safeguard Your Home!

The internet is full of all sorts of information about how to make your home more secure. …