There are few industries that offer the same high levels of job satisfaction and financial reward as the finance industry. With so many major financial institutions based out of New York City, it would be easy to think that was the only destination worth living in for a career in finance – however that is not the case!

Finance workers have a range of options to choose from when looking for a state to settle down in. Today, we are going to highlight five of the top options available. 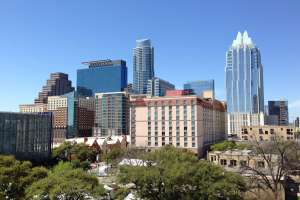 It would be easy to sweep Texas under the rug when discussing destinations for financial workers. However, the Texas of today isn’t the Texas of 20 years ago. Focus on integrating new technology into commercial hubs like Dallas and Houston has led to a techno renaissance of sorts, bringing new jobs and growth to the state.

Texas institutions like this lend credence to the positivity and outlook on the industry. Workers looking for jobs within the finance field will want to start in Dallas during their pursuits. 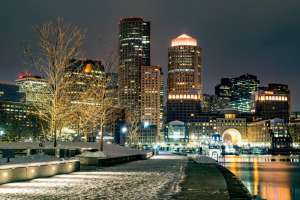 If you want to enjoy an Ivy League education and a quick entrance into the financial sector, consider moving to Boston, MA. Despite the high cost of living, Boston has become home to some of the biggest management firms in the industry, such as Fidelity and Putnam Investments.

Despite major issues surrounding housing prices, Boston has become a stable central hub for financial workers as they pursue positions within their field. Asset managers, in particular, should consider Boston even during the more volatile economic conditions that we have been experiencing. 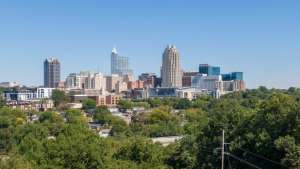 If you are looking for a place to grow in your career without worrying about excess expenses, North Carolina provides an actionable opportunity for financial professionals. Charlotte offers the maximum value for remaining income after rent and other life-related expenses.

With affordability baked into its experience, Financial professionals in Charlotte can enjoy their industry without the high speed or high levels of stress that other major markets may manifest. Its centralized location along the East Coast, a short distance from Bank of America, has turned North Carolina into a popular yet underrated destination. 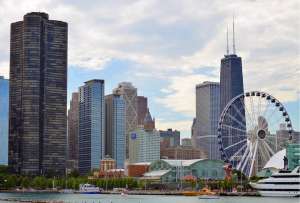 Illinois is a unique state for many different reasons, though its concentration of jobs within the Chicago metro is probably the most notable. Chicago is home itself to the Mercantile Exchange as well as the Chicago Board of Trade, making it an interesting location for trading both futures and derivatives.

Many major international banks and brokerages will possess an office in Windy City. Along with a vibrant sports atmosphere and an exciting nightlife, Chicago offers close to NYC potential without the expenses. Chicago often serves as a leaping board for financial advisors looking to segue into more active, larger, and busier markets. 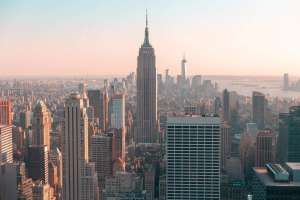 Already considered the Finance Capital of the World, New York City isn’t likely to lose that title anytime soon. Some of the largest investment banks on the planet are headquartered out of NYC, including Goldman Sachs, Merrill Lynch, and Morgan Stanley.

A massive international destination, New York is home to the largest global financial presence in the world. Of course, this says nothing of the noted presence of Wall Street and the many financial opportunities lurking therein.

Much can be said of what New York has to offer including its rich history, fabulous nightlife, and world-class dining. Finance professionals looking to move to New York will need to pay close attention to their expenses, however, as NYC is one of the most expensive places on the planet to live.

A thriving financial market has linked up with the digital revolution to create more opportunities than ever. No longer is it required to set up shop in New York City thanks to options in every corner of the nation. From Midwestern locations like Chicago to a trip to the coast in Charlotte, the world of finance is waiting.