Genetic testing is a medical test that recognizes the alterations in genes, chromosomes, and proteins. Such kind of testing makes it possible to rule out a particular disorder or confirm it. Additionally, genetic testing shows the possibility of passing a specific genetic disorder on to the next family member. Besides all that, genetic or DNA testing can help confirm or rule out blood relations between people.

DNA testing is supposed to be a willing process because the emotional or mental effects of taking such tests may be grave, and therefore, an individual needs to make this decision without any coercion. A genetic counselor should offer information on all the advantages and disadvantages of getting a DNA test done. Besides, the counselor should also address the social and economic aspects revolving around taking such a test.

How Does a DNA Test Work?

DNA tests from popular testers like CRI Genetics can make it possible to learn and understand more about ourselves, our pets, or our families. For a DNA test to be conducted, you can either spit in a tube, let your dog nibble on a swab, or pluck fur off your cat’s body. After doing that for whoever or whatever animal you want DNA about, ship the tester off in the mail to the CRI genetics Centre. After a few weeks have passed, you can log into the CRI genetics website to acquire a guide explaining the traits implied by the DNA samples you submitted.

These results will envisage somebody’s hair color or explain why you think certain things taste and smell the way you think they do. The results may go as deep as to tell you about relatives you did not even know about their existence. On the other hand, if you got the DNA test for your pet, the results will tell the breed of your pet and why they are that specific breed. Additionally, these tests will show you if your pet has a different breed in its family tree.

Besides all this, DNA testing can help you, your family members or your pet to face a higher risk of acquiring a deadly disease or syndrome. This is to mention the few things that DNA testing can do. Such results are made possible by something referred to as DNA sequencing. DNA sequencing makes it possible for scientists to comprehend the letters present in the DNA molecule. These letters used for DNA sequencing are called nucleotides, and they are the chemical constituents that encompass the DNA molecule.

The letters mentioned above, which are present in the DNA molecule, are only four. These are; adenine (A), cytosine (C), thymine (T), and guanine (G). Adenine can only couple with thymine. Cytosine, on the other hand, can only pair with guanine. The specific order with which these letters align themselves on a DNA strand gives genetic commands that guide each cell in the body of the molecules it should make. 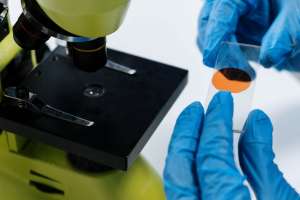 Parts of each strand are referred to as sequences because they are sequences of letters. Deciphering the letters in each strand is what we call sequencing the genetic code. The ordering of these letters changes from individual to individual, which gives the uniqueness of everyone’s DNA. However, the commands given by these sequences are similar for all members of a similar species.

During DNA testing, scientists can compare all those letters in sequences from one person to another. With the nucleotides being more than a billion for each individual, all those letters will vary even between people of one family.

For example, where one person may have a specific letter at a point in the sequence, someone else will have a different letter. The difference in those letters causes a fundamental difference in the meaning of protein produced from person to person. A small change will cause your hair to look different from someone else’s or have your eyes have a different color. The spelling in these sequences can also be able to tell how close or not two people are.

Note that the information you acquire from a DNA test depends on the company you go to and the level of testing done on your DNA. This is because every DNA test is created differently from the other.

DNA testing by CRI genetics has been ranked among the best worldwide due to its accuracy and keenness during DNA testing. Having seen how DNA testing works and the perks it comes with, I doubt anyone would want to miss out on the opportunity to learn about such tests. The introduction of DNA testing has gone a long way to solving disputes and taking care of anyone’s curiosity concerning their genetic makeup. Besides, with DNA testing, people can now tell if they are at higher risk for specific disorders and take extra precautions.