Engaging in a game of badminton is not only fun but it’s an excellent way to get a workout. There are enthusiasts who play in a competitive capacity. But each person’s goal is to learn how to play to the extent that you show a certain speed on your feet, strength with your hits, and implement the most cunning of strategies regardless of the level at which you play. For those who want to excel in order to progress from casual player to a savant, it’s crucial to make the most of your strength and expose the opponent’s weaknesses.

With any type of sport, there will be a specific maneuver(s) vital for a player to excel in order to succeed in the game. In badminton choosing the appropriate shuttlecock, the shot is imperative to bring you a win. For anyone just starting out, you need to learn which shots you should focus on to make the most of your game. You can learn in a variety of ways by looking up sites like http://www.playbestbadminton.com – an online portal for shuttle lovers or with seasoned players willing to work with you.

Most casual players are merely interested in hitting the ‘birdie’ to get it back over to the other side of the net. There’s a lot more strategy to the hit than that and more rules involved in the game. For one, you can only hit the shuttlecock one time in an effort to get it over the net. And there are specific shots and techniques to how you hit the ‘birdie.’

Known As:  The clear Shot

The Trajectory:  Towards the back of the court and high

What Is The Purpose: This is a defense shot

The goal of this particular hit is to shoot the shuttle up into the air high and have it come down in the opposing mate’s backcourt. This is a defensive move to help you reach your base before the opponent has time to serve back or if there is not a good shot at a winning point.

Known As: The Drop

The Trajectory: It loops

It Plays From: Playing from the backside of the court

What Is The Purpose: This shot deems an ‘attack’ hit.

This particular hit of the shuttlecock is used when the ‘birdie’ is directly coming straight towards you in the backside of the court. At an attempt to play this stroke, there is a downward strike towards the other side’s forecourt hoping to go merely minutely over the net making it a much more difficult return for the opponent. This is an attempt to catch a player who is in the back of the court off guard as they are likely anticipating a drive or a clear shot. Check out this site to learn what makes an elite player. 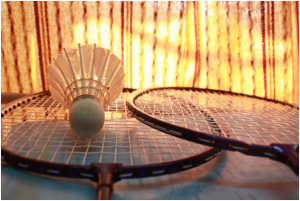 Known As:  The Drive

The Trajectory:  This is played from the middle of the court and shot flat forward from the body.

What Is The Purpose: This deems a defense shot.

This particular shot is considered a flat, powerful, and fast counter hit used as an attack that goes directly and just over the net. How you hold the racket is important in that it needs to have the head facing directly in front of you. The rationale is that by aiming directly at the opponent, they will have little time to shift or react because the natural reaction is generally to avoid being hit.

Known As: The Smash Hit

The Trajectory: This is close up to the net

Where Is This Played From: Players hit from either the back or middle of the court

What Is The Purpose:  Giving the opponent less time to react

This play deems the most lethal hit in the game. The description combines that of the drive angled in a downward shot. The potential is there when the shuttle has gone high but angles down. Read for advice on how to play this shot.

All of these hits are among the most prevalent in the game of badminton for which you should concentrate in an attempt to go from a beginner to progressing into more competitive play. The idea is to practice these with a friend until you feel confident that you have mastered them. Once there is good control of the ‘birdie’, attempt to psyche the other player out so your moves don’t become predictable, and they won’t be prepared with their reaction.

The main objective of the game is to always try to stay one step ahead of the person you’re playing against. You want to have your opponent situated in the precise position where you want them to be, meaning your shots need to be calculated. Becoming a player of this caliber takes time and a great deal of practice. It also separates those who are novices from those who have reached the status of enthusiasts.