The Korean Pop Star or Kpop industry is a worldwide phenomenon. Kpop stars are often viewed with a mix of awe and respect, similar to how Hollywood stars and star athletes are viewed in the United States. It is no surprise that many teenagers are growing up wanting to become a Kpop star. Life as a Kpop star comes with a staggering amount of perks.

Guest author Daniel Bennet discusses the relationship between Korean Pop Stars and gambling in this post. To find out more about Daniel Bennet, click here.

Did you know that Kpop stars pay a high price for the level of fame they achieve? Similar to how things were during the Golden Age of Hollywood, Kpop stars have ironclad morality clauses that govern not just their on-stage behaviour, but off-stage as well. This is in addition to Korea’s own laws, which apply to all Korean citizens everywhere – celebrities, no matter how massive, are not excluded.

One notorious example of such a law is Korea’s ban on gambling for money, with the stipulation that Koreans can gamble only in cases where they promote public welfare or to drive tourism. This is why Sports Toto is legal, due to government control and its ability to be classified as a lottery-type game.

Korea only has one casino for locals which is located in Kangwon Land, a remote territory a little more than three hours away from their capital city Seoul – not that this has stopped Koreans from flocking to the area, waiting patiently in line for a chance to wager some cash. Other casinos in the country are for foreigners only, with exceptions for citizens who bring paying foreign customers.

Canadian players have no such problems when it comes to land-based casinos or online casinos as they have dozens to choose from. However, it can be difficult to choose a quality online casino because of so many different options. This is why we have compiled a list of the best real money casinos for Canadian players.

Korean players don’t have the same liberty as Canadian players. Gambling is banned in all forms in Korea. This doesn’t mean that gambling doesn’t exist, because it does, but in underground venues. The National Gambling Control Commission estimates that the black market for gambling here is worth around 75 trillion won ($67.8 million) annually.

The country is also a key pioneer in the eSports market, where Korean gamers regularly bet on matches. The prominence of eSports betting in Korea can be seen in the famous match-fixing cases against Starcraft pros. Starcraft, a perennial leader among Korean games to play online since its introduction in the late 1990s, has already had several high-profile bans due to match-fixing.

Kpop stars are no different than ordinary Koreans in this regard. Despite the lack of casino Kpop songs, make no mistake about it: many Kpop stars love gambling, and are undeterred despite gambling’s illegal nature and their high profiles. Several high-profile Kpop personalities have been charged with gambling, receiving prison sentences, fines, and even suspensions of their songs or videos on television.

We take a look at four of the most prominent Kpop gambling cases in recent memory below. 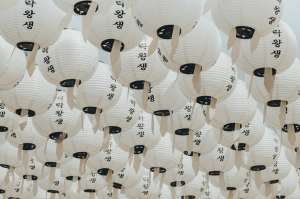 Tony An was a member of the boy band H.O.T. He was charged with illegal sports betting, supposedly wagering hundreds of billions of won in bets before being caught. A was tagged with a six-month prison stint, on top of one-year probation. H.O.T. songs were also barred from the air for two years.

One of the biggest gambling cases involved Shing Jung-Hwan, who was charged with betting hundreds of millions of won, mainly in the Philippines. Shing has long been the subject of gambling rumours but was charged only after another Korean sued him for using his passport as collateral for gambling money (aplikacja kasyno na prawdziwe pieniądze opinie).

Jung Jin Woo, a member of M2M, is another Kpop star with a long history of gambling rumours. Jung was reportedly caught engaging in illegal gambling as early as 2007, continuing until 2011. He was able to dodge the charge by getting his stepfather to take responsibility for the bets.

According to the Seoul District Court in 2014, Jung made sports bets amounting to 3.4 billion won ($3.07 million). He was ultimately sentenced to a one-year prison term.

Yoo Soo-Young, also known as Shoo in Korea, was a member of the group S.E.S. and was a local superstar during the 1990s. In December 2018, Yoo was charged with gambling regularly, where it was revealed that she had gambled at least 790 million won (around $713,000) in a number of countries abroad.

If you are an aspiring Kpop star in Korea, it is best that you don’t engage in any form of gambling. However, if you are in Canada you can enjoy your Kpop celebrities and play online casino games in a safe and secure manner.

A brand’s website is crucial to its success. It serves as a brand’s portfolio …