I bet you have tasted all sorts of beer. But have you ever come across craft beer? Well, if you have not, then you are here at the right place; as in this article, we are going to discuss in detail what craft beer is and why the world is loving it.

To be honest, defining craft beer can be quite a handful. In my opinion, how a beer tastes totally depends on your taste buds and the individual’s experience with it.

Brewing beer is one of the most fascinating and rewarding jobs on the planet, especially Melvin Brewing. Craft Beer is one of a kind because it tastes different to different people.

So without wasting any further time, let us look at what craft beer actually is and the top 5 reasons why the world is loving Craft Beer.

5 Reasons Why The World Is Loving Craft Beer?

Craft beer is made by independent brewers. They are not associated with any brand or company. Craft beers are usually smaller than original beers. All in all, as the name suggests, craft beers are beers that are crafted by hand by local brewers.

1. Made With Hard Work And Honesty

Take any beer brand, be it Corona, Budweiser, or Heineken. No beer company will tell you about the process that goes on behind the scenes. The best of companies try to hide the brewing process, which is against the integrity of beers.

More importantly, they serve chilled beer, which hides the true flavor of the beer. Craft Beers make sure that the original taste of beers is brought to the audience. The stakeholders of craft beers market them as they truly are.

2. It is a Sustainable Form Of Brewing

Craft brewers brew beers in a sustainable format. Craft beers are made using as few resources as possible. The makers of craft breweries focus on the beer itself rather than how much money they can make out of it.

When you buy craft beer, you are not only supporting the local brewers but also giving credit to the art of brewing.

According to a report by the Brewer Association, most Americans live 10 miles within craft breweries. When you support local businesses, you are playing a part in developing the local economy.

When you are vocal for locals, you get the opportunity to drink the tastiest of beers, the freshest of beers. Besides that, you also get the chance to meet the brewers. Also, craft beers are made out of local ingredients. 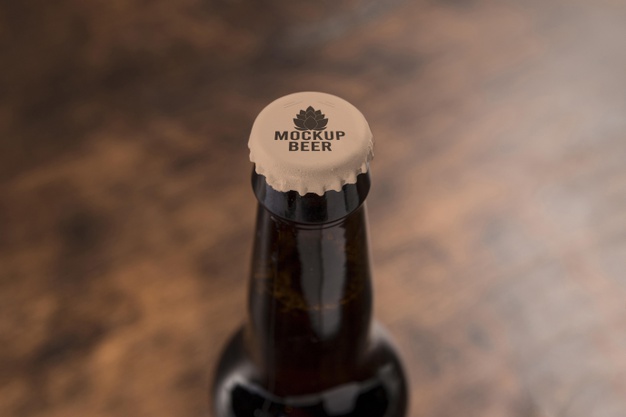 4. Use of Homemade Ingredients

Craft beers are made out of homemade ingredients. To make a beer, you basically need three kinds of ingredients—yeast, hops, grains, and water. If you happen to visit your local brewer, I bet they will be more than happy to show you what goes on into making crafted beer.

The ingredients used for making crafted beers are homemade and often fresher than normal brand beers.

5. You Get More Of Everything

The best part about crafted beer is that you get more of everything. As the name suggests, crafted beers are crafted to perfection. They have more styles than normal crafted beer. Craft beer brewers make sure that they are capable enough to compete with commercial beers.

These local brewers are very creative and are capable of producing beers that you have not tasted from any commercial brand. Craft beers do not taste bitter when you drink them without chilling them, thus giving you the true flavor and essence of beer.

There you go, now you know all about the buzz revolving around craft beers and why the world is loving Craft beers to its core. Craft beers are the most loved beer categories.

The trend of drinking craft beers has never been more alive. I hope you have found this article informative. If you have any questions, drop them in the comment section down below.