It was in 1989 when a professional degree in social work was offered. Since then, the popularity of this field has been increasing. Social workers help their clients so that they can tackle the challenges in their lives. The field of social work is both challenging as well as exciting. Over the years, a social worker will fulfill many roles in the lives of different clients. It is, therefore, deemed as a notable profession. In U. S. A. alone, a total of around 650,000 social workers helps out millions of citizens each year. Through their skills like empathy, critical thinking, effective communication, etc., social workers inspire thousands of people every day. It is because of their constant determination to help others that they strengthen people to overcome the challenges in their lives. Most of the people who are in this field also advocate against harmful laws and unjust practices. The role of social workers inspires everyone to be more responsible and play a role in their own community.

The social worker educates their clients on essential topics like civil rights, worker’s rights, etc. He will discuss how the work environment can play a role in a human’s life. They emphasize the holistic health of human beings that includes physical, mental, emotional as well as spiritual wellbeing. They are able to do it because they have been trained to do so. It is not easy to convince people. However, with specialized training, it is not a hurdle for these social workers. There are many prestigious institutes that offer masters of social work online degree programs. The benefit of an online degree is that you can learn from anywhere around the world. Moreover, in an online degree, you may have students from diverse backgrounds. And, as these people share their experiences and challenges, it will create an inclusive social workforce.

Social workers spread awareness about mental illness. Often, mental illness is not considered a real illness. In fact, some people may even feel ashamed to consult a doctor in regard to their mental health. Even though the importance of mental health and wellbeing is being discussed, many still consider it a taboo topic. It is mostly because the mentally ill were either considered possessed or unfit to live freely in a society. It led to them being put in asylums and other similar forms of confinements. There they were maltreated and tortured.

Now with the help of awareness campaigns, social workers are able to get their message across. The laws for the mentally ill have been changed, and now they are treated humanely. With their efforts, the social workers were able to make sure that people understood different types of mental illnesses. Now many advocate that mental health is just as much significant as physical health. 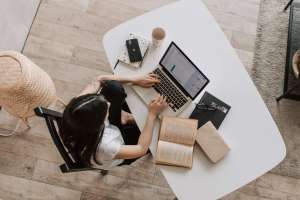 Poverty has always been a challenge that humans faced, even though it is nearly impossible that poverty will end in our lifetimes. According to Statista, even in the U. S. A. 33.98 million are living below the poverty line. Looking at the global standing of the U. S.A., it may be a little surprising for some people. However, the truth is that inequality exists everywhere on the planet.

Social workers have developed and helped in implementing programs to help the underprivileged. One of the most notable contributions of social workers was towards Medicare and Medicaid. It has benefitted millions of families all across the U. S. A.

Children and the elderly are a weak stratum of our society. However, children are more vulnerable due to their innocence as well as their dependence on others. Often, they are abused by a family member or someone they trust. It makes it harder for them to call out their abuser. Childhood trauma can have a drastic impact on the child. Even as an adult, they may still be haunted by the memories.

Social workers emphasized how childhood trauma can impact a person for their entire life, turning them into adults who suffer from mental stress and trauma. Social workers were also frontline campaigners in proving that neglect is also a form of abuse. They played a vital role in law and policymaking regarding child protection.

The use of drugs and alcohol can lead to many problems in people. It can cause countless problems like family conflicts, high school, and college dropouts as well as financial troubles. Therefore, it is essential to fight off this evil in society. However, it was the social workers that made the society realized that the drug or alcohol abuser is also a part of the society.

The mental and physical health of the drug abuser is essential and needs to be focused upon. Otherwise, they will incline towards criminal activities, causing a disturbance in the normal functioning of society. On the other hand, if they are treated, they can be responsible members of society. Therefore, it is better for everyone to help these people. Social workers helped in spreading awareness regarding substance abuse.

Social workers fight for justice by spreading awareness and advocating for people’s rights. By doing so, they also enlighten others and make them aware of their responsibilities. It, in turn, enables them to grow and play a part in their society. The role of the social workers is imperative and brings hope to our world. It carries out a change in not only their clients and the people they advocate for but also their community in general.