Drones have been gaining more and more popularity over the past few years, and because of this expanding market, many new varieties of drones have come into the spotlight. From highly affordable drones that can be held in the palm of your hand, to incredibly complex drones that can record 4k video and pilot themselves. This can make buying the right drone an intimidating prospect whether you’re a novice or a long time drone enthusiast. We’ve laid out all the most important aspects to look at when shopping for drones, and gone in depth as to what all the different specs mean. Keep in mind while looking at the various elements that make drones unique that what kind of characteristics you emphasize in your purchase should be determined by what you plan to do with the drone. Someone looking to get into the emerging sport of drone racing shouldn’t be buying the same drone as someone looking to do content creation. 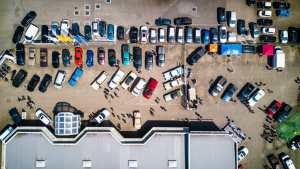 The most important thing for content creators or those looking to get amazing aerial shots is the quality of the camera. The cameras on drones come in a variety of resolutions and frame rates, and choosing the right one can be tricky. 4k is the highest resolution that any camera on a drone will record at, and the frame rates for this resolution range from 24 frames per second all the way up to 60fps. With higher frame rates comes smoother motion as well as the ability to slow the footage down in editing without causing the video to look choppy. For most people, however, 1080p is a sufficiently high recording resolution. Again, the frame rate of the 1080p cameras vary.

Many of the drones with 4k cameras can have their cameras downscaled to 1080 to allow for higher frame rates, sometimes as high as 120fps. While very few TVs actually run at a 120Hz refresh rate this can be very useful for slowing down shots to make them appear more stable and fluid, without the loss of smoothness that normally comes with a reduction in frame rate. It’s also important to note that most people don’t have 4k capable televisions, but even if you don’t have a 4k television recording at 4k can still be useful as it allows the footage to be zoomed in when converted to 1080p so that there is no loss of resolution when the borders of the shot are cropped out. Additionally, 4k video, especially at higher frame rates, takes up a massive amount of storage space. This is important to account for when investing in a high-end drone as a content creator, as editing rigs with less than 500GB of free storage space will be filled to the brim within a handful of flights, and computers without multi-threaded processors will have trouble handling the massive data stream of 4k video.

The camera on some drones is built straight into the frame of the drone. In this case, there is no mechanical stabilization of the footage, and if the drone takes sudden turns or changes speed the video will reflect this with a tilt of the camera or jerky motion. Some drones, on the other hand, are designed with what is called gimbals, which use gyroscopic force to stabilize the camera. Most gimbals are either 2-way or 3-way, with the more axes of rotation being better. 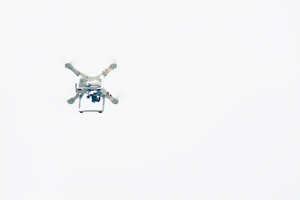 Again, depending on what you plan to do with your drone the kind of range you will need to look for can vary wildly. Some of the best drones on the market such as the DJI Mavic have a range of over 4 miles. This is extremely useful for content creators trying to get shots of areas either too high or too far away to access such as features in steep terrain or across a body of water (flying over water should be avoided when possible though). For those looking to participate in drone races, however, this kind of range is excessive. For pilots looking for a more recreational experience, drones with ranges in the 100s of yards are more appropriate depending on the size of the yard or park where you plan to do most of your flying. 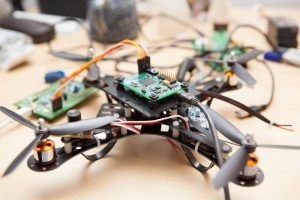 Battery life is most of the time tied very closely to the drone’s range. Battery life on drones ranges from only 7 minutes for very small drones, all the way up to a half hour or more. If this doesn’t seem like much look for drones that come with extra batteries that can be swapped out without tools, as this will allow you to pack several batteries with you wherever you go and change the battery out between flights in order to keep the drone in the air longer. Also, some drones have chargers that can recharge them in less than an hour, which is useful if you just plan to fly the drone at home mostly. 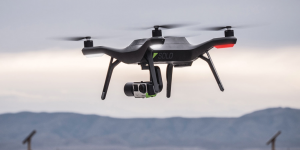 Many drones these days come with a variety of autonomous features that allow the pilot to focus on what’s in the shot more than guiding the drone precisely. Many of these autonomous features also aid in the learning curve for novice drone pilots. For example, some drones come with an automatic takeoff and landing feature which are the hardest and most dangerous parts of drone piloting.

Many drones also come with an array of sensors that face forwards, backward, and sometimes even beneath the drone. This allows the drone to detect its own surroundings and automatically avoid collisions even when the pilot’s input would tell it to do so. This is very useful with faster drones being flown indoors or when a drone is being piloted out of the user’s line of sight and doesn’t notice something like a tree branch in the camera feed.

Another useful feature some drones have objects recognition which enables features like orbiting or following. With these enabled a drone can automatically fly in circles around a chosen object or follow moving cars or people.

Depending on where you live there are several laws that may limit what kinds of drones you can take full advantage of. Some areas prohibit anyone from operating a drone that is outside of their line of sight. In this case, drones that have very long ranges are rendered much less useful since you can’t let the drone get out of your sight. Additionally, some areas restrict drones above a certain altitude if you are near an airport or power lines. It is important to be well informed about local laws, and you can find out easily here. 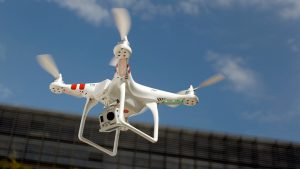 Many drones these days can reach incredible speeds of well over 40mph which is great for more advanced pilots or those looking to enter their drone in races, however, it might not be best for someone who plans to fly indoors. Luckily, many of the more high-performance drones have the option to turn a “sports mode” on or off which allows the drone to have a slightly less high-performance flight envelope. Less experienced pilots should typically aim for drones that fly about 20 miles an hour.