The road to conquering the skies may not be as unattainable as one might think, that is if you’re willing to put in the work to make lifelong dreams come true. It would be an understatement to say that pilots flying airplanes through the sky control the lives of hundreds of people in the palm of their hands. Thus, taking up a career as an airline pilot takes a special kind of heart and dedication.

While there may be preferred ways of pursuing this career, there is no “be-all, end-all” answer to becoming an airline pilot. Most people in the industry would say that their early failures far outweigh the minimal success they’ve gained today. However, the internet is a boundless platform for learning, and articles like this are meant to help you make that decision today.

There is a high probability that you’re already acquainted with a pilot through friends and family in this day and age. These people will serve as outlets for you to establish early solutions to questions such as, “How to become an airline pilot.” Still, answers may vary for each individual, and intelligent assessment is required to differentiate them.

If you don’t know anyone in that industry, then having friends or family introduce you to people is your next best option. As you build a healthy relationship with professional pilots, politely asking them to teach you the basics of how to become a pilot will significantly help your progress. However, most of these people have experienced these kinds of scenarios countless times, so be considerate when asking for favors.

Talking to someone every day about an event you’ve never experienced is never fun, but this following method is one of the most enjoyable of the bunch; going on a discovery flight. For most people, this method is their entry into the path of discovering how to become a commercial pilot. However, you might be surprised that a commercial pilot is vastly different from an airline pilot.

Airline pilots have much heavier requirements than commercial pilots, and one of those is the 1,500-hour flying experience that each airline pilot must strictly comply with. However, both commercial and airline pilots can fly for compensation after finishing their training and academics.

It’s no secret that chasing a career in aeronautics is an expensive decision to make. However, finding the suitable training method that suits your budget will inevitably determine the progress you’ll eventually be making. A variety of ways exist to start training to become a pilot, be it the enrollment to a local flying school, university degree, a cadet program from airlines, and even by becoming military pilots.

Pursuing a career in the aeronautical industry may be expensive, but many alternatives in modern times have somewhat alleviated that burden. Scholarship programs, private loans, and many national organizations exist to help you achieve your dream of becoming a pilot. Indeed, it’s not easy figuring out how to become an airline pilot but with proper research comes calculated risks.

Much like other disciplines, studying early will grant you an advantage of time and experience over those who pursue their careers last minute. However, learning early has its downsides, such as the added expenses of starting way ahead of everyone else. It should be noted that most flying courses are done in groups instead of the usual private instruction. 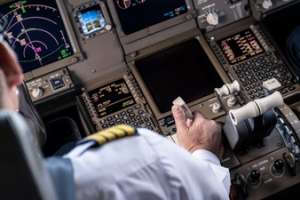 As you narrow down your choices for training paths, getting a certificate will be one of your goals moving forward. Trainees that have approximately 40 hours of flight time and a few other requirements will receive their first certification and indefinitely be one of the first milestones you’ll achieve on this journey.

Private pilots who start flying locally in their town will continue to learn many different techniques and skills to determine their level of expertise in the future. One of the most notable achievements you can get at this stage is getting introduced to multi-engine aircraft, which require even more concentration than you’ve already dedicated.

There’s no ceiling to learning the intricacies of flying giant machines through the sky, and keeping a humble heart will reward you with patience, perseverance, and the resilience to always stay safe among the clouds. After achieving the goal of becoming a pilot, continuing to build networks of relationships will reward you in different ways as you tread this path.

Airline pilots are some of the most respected professionals in the world today, not only because they’re responsible for the lives of hundreds of people every day but because they carry the weight of their sacrifices. Take the time to choose carefully which method is best for you, and never close your doors to the possibility of other avenues opening up in the future.