A NATO or NSN number is a 13-digit numeric code assigned to various parts or materials in a number of different industries. It is used to identify standardized material items of supply and is NATOs protocol used in the treaty of many countries that use the program. Some countries that are not part of the treaty include New Zealand, Australia, and Japan.

The structure of this number comprises a stock number, national identification number, and maybe in the form of ‘1234-56-789-1011’ for example. Because inventories have grown over the years, this number was modified to add alphanumeric digits as well as both lowercase and uppercase letters.  An illustration of this can be found here.

Some industries including engineering, manufacturing, and aviation use this system all the time to identify the various components that make up their machinery, vehicles, and consumer or usable items that they produce regularly.

Benefits of Using the NSN Methodology for Material Parts:

There are many beneficial reasons for using this system for material parts, some of which include:

It Is A Simple Method

For sake of simplicity, this approach has been used because it does not need to be changed or modified in any way. These numbers are easily assigned to various materials, as well as being flexible to maintain and easily recognizable by a variety of sectors worldwide.

This method supports various logistical requirements through all the different industries. It is used both nationally as well as internationally from concept to completion of material manufacturing and from the initial procurement stages to the final implementation of any systems.

It Is A Uniform Methodology

Needless to say, these numbers are a uniform way of doing things. They have a certain design, length, structure, and composition that the majority of the players on the market know about. Not to mention they know the use for it too.

The number comprises a 9 to 13-digit code, in the form of an NSN or National Stock Number. Even though this number can be easily identified some authorities add a classification number to it and each country has this unique addition, an example of which can be found here:  https://military.wikia.org/wiki/National_Item_Identification_Number

These numbers are unique and will never be duplicated or added to other components. It is always assigned to one item even though it is no longer in use.

The system also provides the ideal platform to record data from millions of different items including supplier information and can be added to at any time without any restrictions or barriers.

The data gathered through the use of its NSN can be communicated manually as well as recorded by various types of systems, known as ADPs or central processing units and there is a variety of these, as no two countries will have the same one in their software or hardware capabilities.

Thus, providing the ideal solution, through the NATO Data Exchange (NADEX) system Compatibility, and not having to troubleshoot various issues such as the use of the same system by multiple users.

Other valuable Information for Users Relating to Military Materials NSN 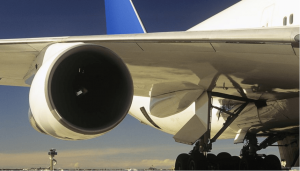 In order to get items onto the system and assigned a code, the National Codification Bureau specific to the country of origin is the central point of contact to help you with this. Various information can be found regarding the different materials they can assign these codes to. The military materials NSN code will be presented to your materials upon request and each one uniquely identified according to the part number and manufactures reference.

Typically, the NATO Maintenance and Supply Agency (NAMSA) will create a catalog and update it regularly for you and add these numbers to it. At present there about 16 million NINs for just over 30 million parts.

In the US alone, there are 6 million NINs. The catalog includes the specific relevant numbers that are directly associated with the parts or equipment and will include other generic items as well. Anything from medical equipment to electronic components, industrial goods, and motor vehicle components such as nuts and bolts, are included. They can be found online or on other platforms for ease of access to those in higher authority.

It would take about 60 days to get your numbers depending on the country you live in. there are also emergency protocols in place for those who need theirs sooner. This is an essential option in some industries, especially when the need to avoid delays in logistics operations and keep in line with the supplier’s demands.

When it comes to usage of these numbers, usually, the entities that are part of all NATO countries as well as some that are not, use them. Sometimes they may be used by only one specific country, and at other times they could be used by a number of different ones depending on the process, and this number could go up to about 15 countries using it at the same time. This could include civilian sectors of government as well as commercial industries.

Identifying A Manufacturer of An Item

One of the most important aspects of these material assigned numbers is the manufacturer information. This can easily be figured out by the way it is written. Every part of the entire number is listed on the NSN itself, however, when broken down into smaller information, you can easily tell what represents what.

When looking for manufacturer information, the NCS includes what’s known to many as an NCAGE code or NATO Commercial and Governmental Entity code. This is created using 5 character’s and can you give specific information to identify who the exact manufacturer of the piece is. This information includes the name and address of the company as well as other details which can be gotten from the system, or the national database.

There are many components when it comes to these numbers, but the most significant is its use in helping to streamline the logistical nightmares that many organizations face on a day-to-day basis when they are in the business of manufacturing various components for their production line.