It’s beautiful to see an ice hockey player gliding under the hockey stick’s end with a new ice hockey puck. But do you know not all pucks are so smooth that you see your favorite team glide on the rink while playing? The history and facts about pucks are weird and unusual enough to impress anyone. From the times when they were made of cow dungs to the latest vulcanized rubber ones, here are some interesting facts about the Ice Hockey pucks:

1. Pucks Were Used In Astronauts Training

2. The First Rubber Pucks Were Made From Sliced-Up Balls

Before moving indoors, the pucks were whole balls and wasn’t preferred by the rink owners to play with them due to their shape and size. So, the lacrosse balls were sliced up into three parts, and the owners kept the middle part to use as pucks.

There is no actual date on when pucks were designed and baptized, but the day that is considered the puck’s birthday is February 7th. In 1876, the word puck was recorded in the edition of the Montreal Gazette.

Once the angry protestors, at the Canadian Taxpayer Federation’s request, mailed thousands of hockey pucks to then Prime Minister of Canada, Jean Chretien. The protest was against the $12 million bailouts of domestic NHL franchises by the Canadian government. There is no information on how many pucks were received by the Prime Minister’s office, but it was a kind protest. 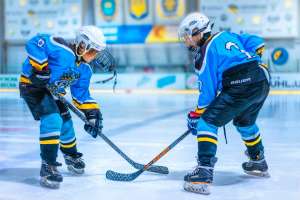 6. The Average Number of Pucks Used In NHL Game Is 12

The pucks used for playing ice hockey are frozen, for it’s easy to control them. But as the game begins, the frozen pucks start to thaw and affect the game. That is why there is an average of 12 pucks used to play each game and replaced once the puck thaws. This figure can go up as needed.

This may be the most exciting fact about pucks. In 2012, an Arizona restaurant held a “Hockey Puck Eating Contest” where contestants were asked to chew down the frozen Ding-Dongs for a pair of playoff tickets. One of the goalies allegedly munched on an actual puck. Honest advice; Do not try this ever as this can be dangerous to your health.

Indeed, ice hockey is the most loved indoor game and has some of the amazing facts about it that none other game has. Its uniqueness to play the game in thick winters makes it more enjoyable to both the audience and the player without dealing with the harshest cold weather.