With the NFL season on indefinite hold, it gives gridiron fans even more time to mull over how their teams should recruit in the off-season, with draft betting strategies being taken to a whole new level than normal. Tom Brady has finally departed New England for Tampa Bay’s greener fields, and it remains to be seen if that is a disaster waiting to happen, but for now, it’s time to delve into the archives and to work out just which were the worst trades ever to be executed in NFL history.

Michael Vick to the Atlanta Falcons

If there’s one thing that the NFL powers that be can never abide its cruelty to dogs, so when Michael Vick was exposed as being an integral part of a ring of individuals pitting dogs against each other in backyard scraps, he was immediately jettisoned from the organization. The Falcons had already benefited from the fleet-of-foot quarterback’s skills before he decided to play canine gladiators, but that didn’t stop his unexpected departure from completely derailing what to that point had been a burgeoning franchise. 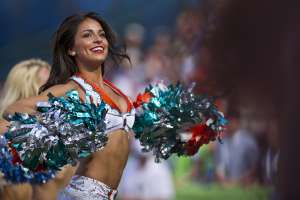 Not to Pick on the Falcons, but They Did It Again

Look, we have nothing against the Falcons, but if it was questionable whether they were culpable for the mismanagement of Vick, there’s no doubt whatsoever that they made a major boo-boo when they allowed Bret Favre to leave for the Packers. To be fair, Favre hadn’t set the world alight in Atlanta but what he would go on to achieve in Green Bay would leave plenty of Falcons fans scratching their heads and exclaiming that old Homer Simpson line, “D’oh”.

A Viking Pillage that Came Up Short

Minnesota has been there or thereabouts in the Super Bowl stakes for the last few years but will be an outside bet for them to claim the big one in 2021. However, playing at the game’s top table hasn’t always been their reserve. Back in 1989, the franchise pulled out all the stops to sign college all-star running back Herschel Walker from the Dallas Cowboys in the hope he could guide them to glory. Unfortunately, Walker’s focus waned, with the undoubtedly gifted player taking an interest in other sports as varied as Olympic Bobsleigh, MMA fighting, and even ballet, rather than fulfilling his true gridiron potential. Instead, the players that went in the opposite direction to Dallas ended up being the perfect NFL parlay bet for the Cowboys, as they went on to build an incredible 90s dynasty that no one was willing to wager against. 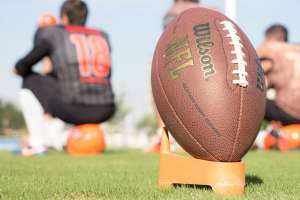 Antonio Brown – A Disaster from Start to Finish

Almost as soon as the Oakland Raiders signed him it became clear that Antonio Brown was in no condition to hold a place on the training ground bench, let alone the starting roster. Indeed, he even managed to get in an off-field altercation with Oakland general manager Mike Maycock after the GM fined him twice for missing practice. This enraged Brown to such a degree that he threatened to punch Maycock. To add to all the drama, Brown missed part of training camp due to having contracted frostbite in a cryo-chamber and even refused to play because he was unhappy with the quality of the helmet he was supposed to use. Knowing what we know now, perhaps there was a method to his madness regarding the last point but still, he was a disaster.

Griffin Shot Down in His Prime by Injury

After a Heisman Cup-winning college career, it seemed written in the stars hovering above The White House that Robert Griffin III was all set to be an NFL force for the Redskins. However, it turned out that his body was being held together by little more than toothpicks, as time and again injuries duped his ascent to greatness. He would eventually be traded to the Browns and then the Ravens, where he still holds out hope of his body one-day playing ball long enough for him to fulfill his potential. You can try your luck with 50 free spins no deposit.