Breaking into the acting world can be an extremely hard task. Acting careers are notorious for being unstable and volatile, and actors can sometimes go long spells of time without having a job to support them. Despite all the negative things that are said about making a career out of acting, there certainly are positives. Being an actor allows you to pursue your dreams and gives you a shot at fame and fortune. Even if you never truly reach the pinnacle of fame as an actor, you can still have a successful career in theater. So how does one become successful in the acting world? Here are ten tips for an aspiring actor.

One of the best ways to improve as an actor is to take acting classes. Acting classes are usually taught by talented and experienced actors that can teach you a lot about the acting world. You might just think that they’ll help you with your acting skills, but these veteran actors can also teach you things like how to secure auditions and succeed in them. If you’re an aspiring actor and want to make it big, then taking acting classes is a great way to start.

Like with anything, if you want to be great at acting then you’re going to need to rehearse often. While it’s already been mentioned that you should take classes, that doesn’t mean that that’s all you need to do to succeed. You should be constantly practicing your lines and rehearsing on your own. Only through practice and repetition will you truly become a great actor. 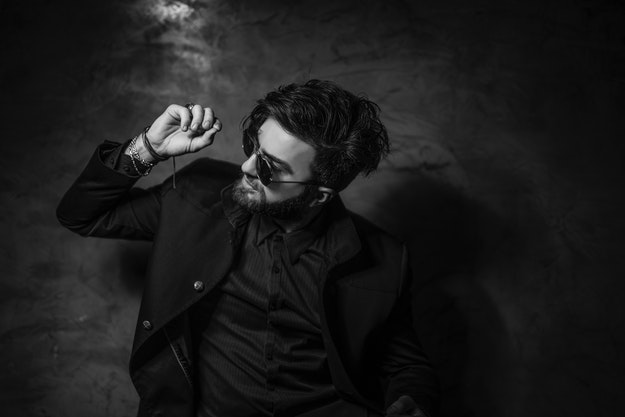 Take A lot of Roles

Repetition behind closed doors is extremely important, but eventually, you’re going to need to take your talents to the stage. When this time comes, it’s important that you constantly take new roles and challenges. While you shouldn’t burn yourself out or overwork yourself, you should still take on a healthy amount of roles that you can handle. These roles will help you adjust to stage life and deal with things like stage anxiety and fright. In addition, new and challenging roles will push you to your limits and force you to expand your acting range, something that could be a big help in your acting career.

Sometimes in acting it’s not about how good you are, but instead about who you know. If you can network with the right people, then you have a much better chance of landing auditions and roles. That’s why it is extremely important to connect with actors, directors, and producers while working on a production. These people may be valuable connections down the line who could be your way into getting your big break.

While acting skills are important in landing roles, they aren’t the only kind of skills you’ll need as an actor. There are several complementary skills that you can acquire as an actor, most of which will greatly expand the range of roles available to you. For example, learning how to sing and dance effectively could open lead roles in musicals to you, while getting in great physical shape and becoming more flexible and athletic can open up action roles. If you want to be a successful actor, then acquiring some complementary skills and expanding the range of roles available to you is an absolute must.

An underrated aspect of life that an actor needs is the ability to budget properly and handle money. The sad truth is, that many actors struggle to make ends meet. Work may come in spurts, and sometimes it is few and far in between. As a result, you may be required to save some money and budget during those tough financial times. If you don’t learn how to save money and budget properly, then you could be forced to give up your acting dreams due to financial reasons.

Take Care of Your Health

While taking care of your health is important in just about every career, it is especially important for actors. If you’re not healthy as an actor, then you likely won’t be able to perform well, if even at all. If this happens too much, you’ll lose your role, gain a negative reputation, and be forced to

give up your dreams. That’s why as an actor it is extremely important to take care of your mental and physical health, staying as healthy as possible.

It may seem like a luxury that you can’t afford, but hiring an agent is actually a huge part of your success once you start getting roles. Once you become a hot commodity, it can be difficult to set up and keep track of dates, meetings, and auditions. An agent can help make your life much easier, but they should only be used either after your career has taken off or if you somehow score an amazing deal on one.

When building your acting career, you need to build it like you would a business. In this sense, you need to be able to effectively market and sell yourself to directors and producers. This can take many forms including, using professional headshots, developing your own portfolio of accomplished tasks, and much more. The main idea is that you’ll need to get your name out there as much as possible. The more people in the industry that know your name, the more likely you are to land big roles.

As mentioned before, there may be times as an actor where work is few and far between. You might never quite know what your next role will be or what the future has in store. As a result, if you get an amazing offer and a shot to make it big, then you need to take it as fast as possible. Even if you might be scared or intimidated, if you want to be a successful actor, then you can’t shy away from the big moments. For example, as an actor or actress in Phoenix, Memphis or other smaller cities may not be the best place for you to flourish, so you might want to accept roles in bigger cities and relocate. The best actors seize big moments and opportunities, not walk away from them.