Sharing the road with big trucks is unavoidable, but also dangerous. In 2017, more than 102,000 accidents occurred that involved big trucks. More than 4,500 of these accidents resulted in death, and many others lead to serious injuries.

Some of the injuries that are common with accidents involving semi-trucks include traumatic brain injuries, severe burns, and spinal cord damage.

It’s important whenever you’re behind the wheel to recognize the risks of being near big trucks and work to minimize your risks. You can reduce your risks by following defensive driving techniques, and also by remaining aware at all times and never driving while distracted.

So why are semi-trucks such a risk factor on roadways?

The most apparent risk factor is the fact that trucks are just so massive compared to standard-sized cars. Even compared to large SUVs, semi-trucks are far bigger and heavier.

Big rigs can weigh up to 80,000 pounds, while most standard vehicles weigh only around 5,000 pounds.

Semi-trucks are often up to 90 feet long and 14 feet wide.

The trucking industry has worked over the years to get even larger trucks on the road, pushing for a weight limit of 97,000 pounds.

When something that heavy is driving at a fast speed, it means the driver needs extra distance and force to stop.

Tractor-trailers are also made up of two separate pieces, which are the cab and the trailer. That in and of itself makes them tough to maneuver and more likely to be in rollover, separation, or jackknifing accidents.

Trucks also have massive blind spots, which means there are significant zones around them where they can’t see other rivers.

You also have to add to this the fact that many trucks are hauling hazardous cargo like gas and chemicals. If they are in an accident, there’s the potential for an explosion to occur.

Along with the huge size difference and the inherent risks of the design of semi-trucks, there’s another issue. Many drivers are found negligent when they’re involved in accidents.

It can be a tough, tiring job, and even the slightest distraction or human error on the part of a truck driver can be deadly.

Some of the ways truck drivers contribute to accidents include: 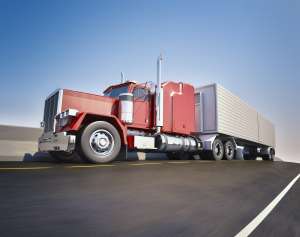 What Are the Most Common Types of Truck Accidents?

Some of the most common types of truck accident include:

When you’re driving near a big truck, you should always avoid their blind spot. Try to move ahead or behind a big truck so they can see you in their mirror.

If you’re going to pass a truck, approach from the left, making it easier for the driver to see you.

Signal in advance and do so clearly, and maintain a consistent speed while you pass.

Make sure before merging back in front of the truck that you can see it in your rearview mirror.

Increase your following distance when you’re behind a truck too. You want at least four seconds of space between your vehicle and the truck. If you’re tailgating a semi-truck, it can’t see you.

If you give yourself more space, it’ll give you more time to react to a rollout or tire blowout.