The sport of mixed martial arts is becoming more and more popular every year thanks to superstars like Conor McGregor. MMA has been a sport since the nineties although people did compete in fights that were mixes of martial art specialists dating back to the fifties.

The birth of the sport that is sanctioned by state athletic commissions basically started with the Ultimate Fighting Champion, also known as the UFC. Lots of stars have fought in the UFC but no fighter ever achieved global stardom like Conor McGregor.

He is a great fighter but we became a start because of his trash-talking skills and his bolstering confidence. He was so confident that he challenged Floyd Mayweather who is arguably the best pound for pound boxer of all time to a boxing match.

Today, new starts are beginning to emerge. Israel Adesanya from New Zealand has a lot of clouts right now but he needs a few more big fights to get the global recognition that Conor has. Also, Weili Zhang is a new champion of the women’s strawweight division and that’s especially exciting because China has so many people and this could add almost a billion new MMA fans. 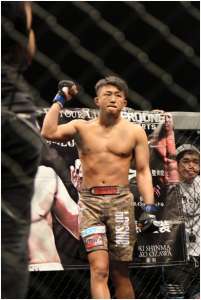 As the UFC gains more viewers and more fans because of free fights on ESPN and then pay-per-view events, there are lots of people that want to train now. Just like all the martial arts, you can train MMA too. You don’t have to be a professional or amateur fighter and actually compete in the cage.

Like Karate or Jiu-Jitsu, there are gyms or schools that are dedicated to mixed martial arts and have regular classes that any beginner or novice can take. There are mixed martial arts gyms all over the world and plenty around the United States. If you live in the U.S. then you will have no problem finding a gym

What to Expect in Class

MMA consists of a blend of Brazilian Jiu-Jitsu, Muay Thai, Kickboxing, and Wrestling. You can expect to learn all of those in class. Most gyms dedicate training sessions specific to each specialty and they break it down for beginners. You’ll learn the basics of BJJ, striking, and wrestling.

On some days there will be sparring. Sometimes you may spar with just Muay Thai or Kickboxing rules, other times you may just do Jiu-Jitsu which is called rolling. Other times you may work on takedowns. Not all but some gyms will have free sparring where you wear MMA gloves and you spar with an opponent and can use any tactics you want. You can strike with them and then wrestle them down to the floor, keep punching and try for a submission.

What Gear Do You Need?

Most MMA gyms have all the equipment you’ll need but of course they’re not going to be the cleanest. You don’t need much for mixed martial arts and it’s not expensive to complete a full set of gear.

First of all, you need MMA shorts which essentially are workout shorts without pockets. You don’t want to have pockets because someone could get their foot stuck while kicking you or they can get there hand or foot stuck in your pocket when grappling. You can also wear rash guards which are long sleeve compression shirts and pants that prevent getting burnt from the mats. For Jiu-Jitsu training you definitely need rash guards.

The next pieces of gear you’ll want are headgear and shin guards for sparring. Any boxing headgear will do although you can get MMA specific headgear. For shin guards, you want to use Muay Thai shin guards. These protect your and your opponents from getting hurt by kicks.

It doesn’t matter if you’re a beginner, amateur or pro. You’ll want these pieces of equipment for MMA training.