Among the different types of cough, pertussis is one type that you may not hear about as much as you do the common cold. Also called “whooping cough,” pertussis is a condition that can lead to severe ailments in any individual, no matter their age.

This article aims to shed light on this potentially serious medical condition, its causes, symptoms, risk factors, and how it can be treated.

What causes you to cough? Whooping cough is known to be caused by the bacteria Bordetella pertussis which can only thrive in the human body. When activated, it enters the air passages and creates toxins that wreak havoc on the cilia – the tiny hairs along the airways that help prevent microbial debris from entering the body.

Once damaged by the B. pertussis bacteria, the cilia can no longer remove cellular debris and particulate matter, thereby causing inflammation along the respiratory passages. This also leads to a dry cough, which signifies the infection.

Symptoms that can help confirm a pertussis diagnosis typically develop in a span of five to 10 days following exposure to an infected person. In some cases, these symptoms do not develop until three weeks.

Below are some more important facts about pertussis:

Because it can be spread through droplets released when an infected person coughs or sneezes, pertussis is considered very contagious. In fact, you can pick it up just by touching the things the patient uses while he is sick since these items will potentially have the infectious droplets.

Statistics show that there is a 75 to 100 percent chance that a person who is not immunized and who comes into contact with an infected patient will develop the disease. Those who received the pertussis vaccine (or those who are naturally immunized) may even become infected after extreme and constant exposure to the bacteria.

2. Whooping cough was initially believed to be a childhood illness.

Health authorities initially thought that whooping cough was a childhood illness, but research has shown otherwise. According to experts, 25 percent of pertussis cases are found in adults.

Having said that, adolescents and adults may experience a milder version of the illness akin to a common cold or an upper respiratory tract infection compared to infants and young children. This subtle distinction is the reason why many whooping cough cases in adults and teenagers are misdiagnosed, thus allowing the bacteria to spread to younger patients.

Several symptoms can help you determine whether you or your loved one is experiencing whooping cough. Here are some fundamental facts that can help you identify pertussis from the onset:

The initial signs of whooping cough often appear similar to the signs of a common cold. Aside from sneezing and runny nose, the patient may also experience a low-grade fever and mild coughing. 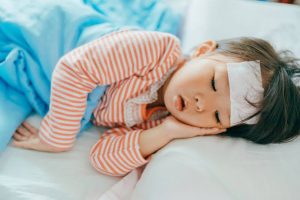 After a week or two, the patient with whooping cough may already start to experience persistent cough. These dry and irritating coughing spells sometimes last as long as one whole minute, which can cause an infant or toddler to turn purple or red.

After the coughing spell, the patient may experience whooping sounds while breathing during the second phase of the condition called the paroxysmal stage. In between these spells, the patient may feel better, but that doesn’t necessarily mean he is cured.

However, it is worth noting that not all infants and younger children develop the same coughing fit that is accompanied by a distinct sound. In some cases, infants have a different sounding cough compared to older children. For babies, it may be characterized by gasping for air, reddening of the face, and possible apnea – a temporary halt in breathing.

The chances of a person acquiring whooping cough can be altered based on some risk factors:

6. You are at higher risk after you are exposed to an infected person.

Exposure is the main risk-increasing factor of pertussis. Once a person comes into contact with the patient’s cough or sneezes droplets, the former faces a high risk of acquiring the infection.

7. You are at higher risk when you observe poor hygiene.

Having good hygiene and cleaning habits tends to lower the risk of pertussis infection. This is why you must wash your hands frequently when interacting with a sick person even if you’re not sure why he is sick. Wearing a Disposable 3 Ply Mask when in close proximity to a whooping cough patient can also help prevent the cough from being passed throughout the household or workplace.

Whooping cough is only one of several types of cough. Identifying the right one that you or your family member is experiencing is crucial to its effective treatment.

Before taking any form of cough medicine, you must have the condition diagnosed properly. When in doubt, seek help from a licensed medical professional.