View All Episodes of The Verdict – State VS Nanavati 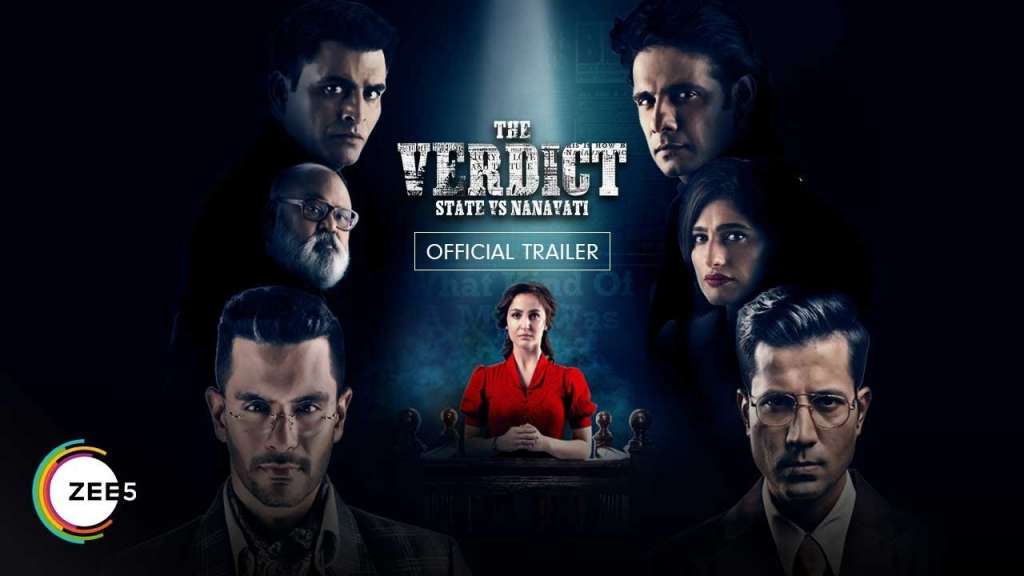 The Verdict” State vs Nanavati is the theme that is an accurate retelling on one of the most controversial cases occurred in the Indian judiciary history. This web series is released on Septemeber 2019 and streaming successfully in ZEE5.

The Verdict, theme involves 1959, a naval officer, commander K.M. Nanavati, who found his wife Sylvia Nanavati having an illegal affair with another man Prem Ahuja. He allegedly shot his wife’s affair who is a businessman.

The first episode of the series opens with the interview scenes of journalist Ram Jethalmalani as 96 years old about the Nanavati case, then the scene travels to the 1959 Bombay as the flashback. The flashback starts with Kawas Manekshaw’s acknowledgment about the murder by the police. The scene abruptly starts with the victim’s side without the introduction of the other pivotal characters who played in the web series. 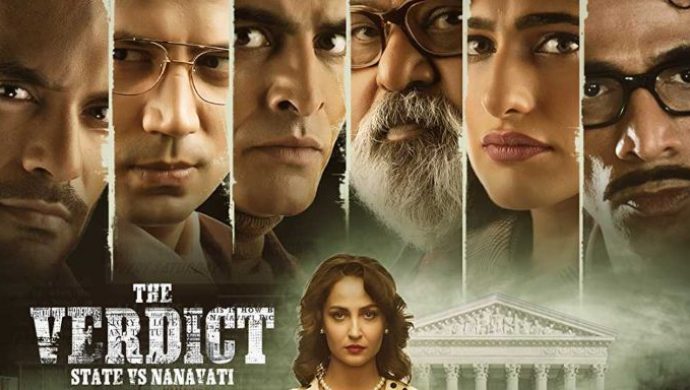 On the flow of the film, one by one character is revealing in this film. Chandu Trivedi is the prosecutor who represents the victim’s side. Karl Khandelwal who is the high-level Parsi Defence lawyer in the city who represents the Naval commander’s side. Mamie Ahuja who is the sister of Prem Ahuja who fought hard to get justice for his brother’s murder.

The verdict – State Vs Nanavati is fair enough picturization and the strong team, while in 2016, Rustom starred by Akshay Kumar which is also based on the same incident had the description of the fictional adaptation is somewhat diluted but The Verdict – State Vs Nanavati ZEE5 series can be said as the accurate recapture of the controversial cases of the Indian history. Ram Jethalmalani and Chandu Trivedi have been the pillar support for this series.

The trailer itself makes us feel this shows production team effort of designing the set at the top level, we can feel the 50’s era set to the costumes, and even the makeup.

Jethalmalani and Chandu Trivedi has played their role in the ultimate level either by acting or by their charming, 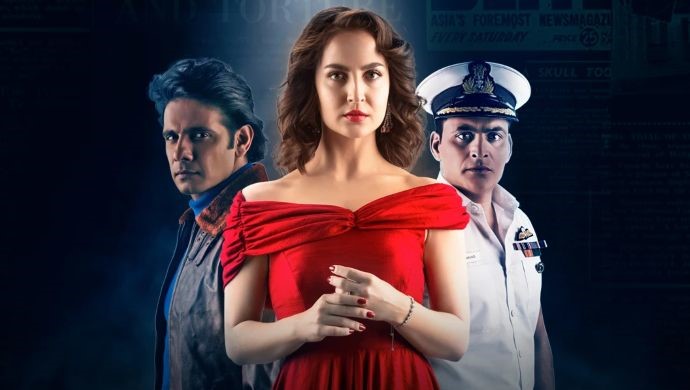 This ZEE5 web series not only picturized 50s scene but also boldly attempted by using the real names of the judges who were originally involved in those days. This series, The Verdict has become the revelation of the crime for those who are unaware of that case. And for those who are coming through about the case, this story compilation and courtroom drama have become the worth watching as who were originally present in the courtroom of the 50s.

The web series plots all the different emotions such as anger, sympathy and even laughter. The humorous part is the Chandu Trivedi and Jethalmalani involving scenes. These series tackle the issue of society and social dynamics.

Though a crime thriller narration of this story it makes to fail the edge of your seat crime-solving element. On the whole, the entire team proves the best adaption of the popular criminal cases of India after independence.

Let’s have a brief view of some of the pivotal characters and the casting of this series.

Do watch the series for your favorite one, make us know about your perception in this comment section.

Back to top
mobile desktop