Autism Spectrum Disorder, or ASD, is the name given to a group of conditions, affecting roughly one in 160 children according to the World Health Organization. It is important to consider that autism can take many forms, with those living with the condition displaying different symptoms – one person’s needs can, and likely will, differ from the next.

In recent years, the rate of diagnosis has increased – both in children and adults – although it is unlikely that this means that ASD is more prevalent, rather than the understanding of the condition and how it presents itself has dramatically improved. While many living with autism are heavily impacted to the point that they are non-verbal and require care, others can live perfectly normal lives.

Children and adults diagnosed with autism can receive a range of therapies, designed to help with their social skills (people with ASD often struggle with social cues) and other areas where they require additional support. As well as this, the understanding of those around them can go a long way, because of awareness and knowledge of the condition and what friends, family, and employers can do to adapt to someone with ASD.

Children with ASD, such as Asperger’s Syndrome, will often display few keen interests, which they will fixate on. Where they will specialize and almost become an expert in these interests, this can mean that they will lack in other subjects – this can often result in a misdiagnosis of ADHD (although ADHD is not on the autism spectrum, they are related in many ways). 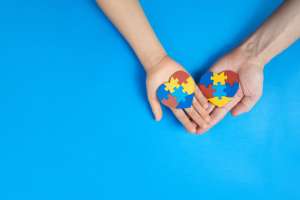 School can be a challenging environment for children on the spectrum, not just because of potential learning difficulties, but mostly because of the social aspect. Children socialize with their classmates, both in the classroom and in the playground. While many children can make friends quite simply, thus becoming popular amongst their peers in the process, children with ASD often struggle.

They do not understand social cues and conventions, struggling to know when to converse and when not to. Autism impacts how one reads the world and, effectively, means that they view everything through a different lens than everyone else (or, at least, those considered to be neurologically normal). Children with autism are more likely to be bullied because of their difference, so offering support and understand what the child needs is important for their development.

Many adults may be on the spectrum and not realize, largely because the understanding of autism has evolved so quickly that when they were children a diagnosis would have been difficult. Undiagnosed adults can seek a diagnosis if they feel it to be necessary.

Adults with autism may receive either complex care or live on their own, going about their lives just like anyone else. However, they may still require some support from time to time. For example, workplaces have to offer support for all employees, providing them with an environment where they feel safe. Adults with autism should make sure to speak to their employers, making them aware that they are on the spectrum and discussing any (if any) provisions that could be made to support them.

If you are not on the spectrum, there is a high chance that you have at least encountered someone that is – where you (or even they) know it or not. We highly recommend educating yourself on what exactly autism is, how it affects different people in different ways and what you can do to ensure that someone with ASD feels comfortable in your company.