Mobile development has been accelerating over the last few years as users spend most of their time on their phones, development should target the platform. However, over there years, the dilemma of writing swift or objective-c for IOS and Java for Android has been quite exhausting, especially for larger teams. Frameworks like Ionic came out to help web developers build mobile applications on-the-go. Javascript frameworks like React Native made it possible to build applications on both mobile platforms simultaneously and with ease. It’s about time that Java joins the race as well. This makes it essential for the developers to learn java in accordance with iOS application development. 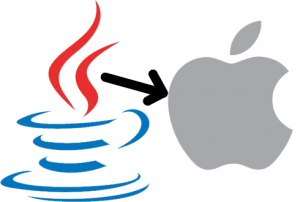 IOS development is crucial for most applications that want to expand its reach. Despite the fact that IOS users only make up less than 15% of the mobile power, their purchasing power is much higher than Android users. Taking the App store revenue vs the Google play revenue, it’s clear that the IOS market is a valuable one regardless of the number of users on the platform. That’s why applications should target cross-platform-ness and Java developers shouldn’t hold back in the that quest. 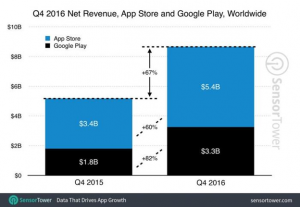 Benefits of having cross-platform development:

For most cases, having two different teams work on a single’s app releases for IOS and Android results in having something close to two different applications. The written code is different, one is deemed to be either overdeveloped or underdeveloped and for the most part, the performance is going to be different. Not to mention the need for a bigger team to manage both releases and the complexities that come along with that.

The cross-platform development allows a smaller team of developers to build applications for both Android and IOS platforms that share the same code when it comes to the business logic of the application and only differs in the UI code. Not to mention that the time to market goes relatively down which gives a competitive advantage as well.

Multi-Os Engine is by far the most dominant option for Java developers who want to build native cross-platform applications. Originally developed by Intel, Multi-OS Engine is an open source technology that allows developers to use just one language (Java) to build mobile applications with native UI and with one code base and development system. Multi-OS Engine installation is fairly easy and straightforward regardless of your development environment.

MOE typical application would contain three modules: An Android module that contains Android specific code. An IOS module that implements the UI functionality of the IOS part of the app by accessing the native API through Objective-C/Java bindings. These bindings are generated via NatJGen which is the magician of the entire application. The last module is the common module where the business logic is written to be shared between the two.

MOE is integrated with Android Studio and Xcode, so you do not need to familiarize yourself with a new development environment.

It supports external native libraries, requires native views for both platforms and provides an optimal performance on IOS devices. Above all, the Android code is not affected by the whole thing, and it functions 100% like it normally would. It is also fairly easy to get started with Multi-OS Engine and the process of creating the first application is not so different from the typical process you’d go through in creating a normal Android application.

The two main advantages of using MOE are:

1. As mentioned earlier, cross-platform development brings the entire development team on the same page, sharing the same knowledge and working on the same code base. It also helps the team be much more efficient and more productive, as there’s one part of the project that is either leading or lagging.

2. Multi-OS Engine is powered by Intel and the community is an intensively growing one. Chances are you can get help from the very creators of the engine on the official forms, and nonetheless, the community will be as helpful too.

While MOE is a powerful and easy option, it’s not the only option available, as there’s a variety of other tools and approaches that could be used to develop IOS applications using Java.

The first of which is using Codename One. Codename One is a tool that is used to build and compile the Java code to the equivalent binaries to run on all types of devices including IOS devices. Codename One doesn’t limit the development environment to use Android studio, in fact, you can write and develop Java on IntelliJ IDE, NetBeans or eclipse and still be able to generate the IOS binaries required. Codename One is actually a very famous solution that is used by many developers around the world. According to their site, there are around 40 thousand active developers using the tool and more than 180 million applications developed using Codename One. So considering the numbers, it might be a strong candidate to rival the fame and power that MOE has and even be a better option for certain cases. However, unlike MOE there are limits on the free edition of Codename One and large-scale applications might need to subscribe to their service.

The second option is to use XMLVM which offers a cross-compiler toolchain that is both flexible and extensible. The unique approach of XMLVM focuses on cross-compiling the bytecode instructions instead of compiling on the source code level. This approach makes it easier to compile the instructions and leave the parsing of high-level languages to the regular compilers to perform. The byte code-based code is represented as XML documents and hence the name. XMLVM uses advanced XML techniques and technologies to make the cross-compiling possible and efficient. There’s actually a large suite of applications that you could do using XMLVM and compile an Android app to function on the IOS platform is simply one of these many applications. That’s what makes XMLVM a suitable candidate, especially if your application is planned to go beyond mobile platforms.

The last common option is to use Avian, which provides a subset of Java features in order to build self-contained apps. Avian is a virtual machine and a class library at the same time. It offers efficiency as the VM is built to be fast and small and it offers many useful functionalities underneath the hood to make the most use out of the resources at hand. It’s also a portable solution and an embeddable solution to facilitate the installation process as well.

Java development for IOS is not as limited as people might think and there are many great options and tools out there for various development needs. Multi-OS Engine might be the easiest and fastest option, to begin with, but there are other solutions such as Codename One, XMLVM, and Avian all depending on the needs of the applications and the development conditions, whether an application wants to go beyond mobile platforms, or it wants to go large scale with easier cross-platform development. Most of these solutions are either open sources or possess a good amount of documentations, so be sure to check them out and pick the best for your application.