Each and every day, people get behind the wheels of their vehicles while under the influence of alcohol or drugs. Their lower reaction times, lack of mental clarity, and the general absence of focus or concentration make their risks of accidents much higher than sober drivers, and thousands of fatalities occur every single year due to drunk drivers.

Getting behind the wheel of any kind of vehicle while intoxicated is therefore very dangerous, not only to yourself but also to any passengers that might be in your vehicle, along with other road users and pedestrians around you too.

Yet, despite increasingly high levels of awareness across the US regarding the dangers of drink driving, along with the legal threats of being caught and charged with a DUI, millions of Americans admit to driving while drunk each year.

There are many reasons for this. Some people feel that they’re still perfectly competent drivers, even after a few drinks, while others simply don’t understand the risks they face. Then, there are problem drinkers who can struggle to make sound decisions regarding their alcohol intake, as well as those who don’t have responsible friends or relatives around to help them make the right call.

However, in spite of all of this, the risks and dangers of driving under the influence are very real, as the following list shows.

One of the most obvious ways in which drinking and driving can put your life in danger is by increasing your risk of having a crash or collision with another vehicle. Studies and scientific reports have consistently shown that those who drive while drunk is more likely to get involved in accidents, and even if your BAC is still relatively low and within the legal limit, the risks are still higher than usual.

Why is this? Well, consuming alcohol can have a range of effects on your motor skills and driving abilities. It can lead to you not being able to make the right decisions while out on the road, not braking in time to avoid a collision with another vehicle, or failing to notice or take heed of signs and warnings around the road.

As well as the higher risks of getting involved in accidents and harming yourself or others, driving under the influence also puts you at greater risk of life-altering effects that come from getting caught and charged with a DUI. The police have the right to stop and check anyone they suspect of driving under the influence, and many towns and cities across the nation are seeing a rise in DUI checkpoints too. 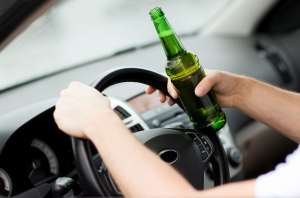 Following on from the point mentioned above, legal cases involving DUIs can eventually lead to the chance of the defendant losing their license. The defendant may have to make a request to have a formal hearing with the Department of Motor Vehicles. In many states, they will go on to lose their license for up to six months for an initial offense.

This sentence can drastically increase on second or additional offenses, ultimately leading up to a lifetime ban. This can have all kinds of knock-on effects on your life. Without the right to your drive, getting to and from work might become a huge problem for you, and it’s not uncommon for people to find themselves facing job loss, personal hardship, and severe mental distress in the wake of a DUI charge.

When you’ve got alcohol in your bloodstream, your reaction times will start to become slower, and this is true with both small and large quantities of alcohol. Reaction times and reflexes can often be key while driving in order to prevent dangerous situations, and we rely on our reactions every day to avoid accidents.

For example, if you’re driving along and a car brakes suddenly in front of you or a pedestrian walks out into the road from behind a parked vehicle, your reactions can help you put your foot on the brakes and slow down in time to avoid any accidents. With alcohol in your body, you might not react so quickly, potentially leading to devastating consequences for everyone involved.

Alcohol can also have a negative effect on your concentration levels, and every driver knows the importance of concentration and focus while sitting behind the wheel. If you have even the slightest lapse in concentration, an accident can occur, and this is why thousands of people die each year due to distracted driving.

With alcohol in your blood, it’s easy to let yourself get distracted by your phone, your car’s radio, or other things around you, failing to keep your hands on the wheel and your eyes on the road at all times. Once again, this can massively increase your odds of having an accident and bringing great harm to yourself and others around you, including perfectly innocent pedestrians and other road users who are driving sober.

In short, the risks and dangers of drunk driving or driving after taking drugs are far too great to ignore. It’s not just about fender benders and minor scrapes; there are cases every single day where lives are cut short and families are broken apart due to drunk drivers. Plus, with legal consequences and countless personal risks too, it’s clear to see that driving while drunk is never a smart idea. If someone you know has ever considered driving while drunk in the past, be sure to help them stay aware of these risks and make the smart choice. For any kind of legal help, you can visit Keller Law Offices.