The lightsaber, also known as the laser sword, was the weapon of choice during the Star Wars saga and was carried by Jedi, Sith, and Dark Jedi.

A lightsaber is a powerful tool. As you train, you’ll want to keep this in mind: there are several important features that a good lightsaber must have. In this article, we’ll highlight the most important ones.

History of the Lightsaber

The Sith Empire’s technological innovations left an indelible mark on galactic culture, including the introduction of lightsabers. The Sith experimented extensively with lightsaber designs, and Sith scientists and engineers became experts at tinkering with its technology.

The Sith’s efforts eventually gave rise to lightsabers that could function without requiring a power pack, and both Sith and Jedi lightsabers became sleek streamlined weapons. Wielders of the lightsaber were free now to go wherever they wanted on the battlefield, and they could now track their opponents much better. The lightsaber was, therefore, now a much more dangerous weapon. 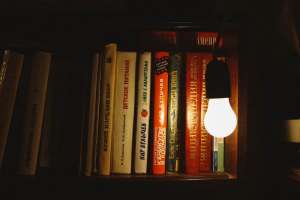 The Empire featured the new and improved Sith lightsaber prominently in the Great Hyperspace War, the first Galactic Civil War. During the conflict, the Sith used the lightsaber to slay Republic soldiers and droids as they attempted to close a major hyperspace corridor. The Sith design was then widely adopted by both the Jedi and the Jedi Council.

Important Features A Quality Lightsaber Must Have

The lightsaber is one of Star Wars lore’s most powerful and influential weapons. It is a weapon that spans an entire galaxy and is wielded by some of the most skilled individuals in the Star Wars universe.

The lightsaber has specific features and elements that set it apart from traditional weapons. For cosplay or collectors purposes, a high-quality lightsaber must possess specific characteristics.

What to look for when buying a lightsaber

Ensure that the lightsaber blade is sturdy and that the saber can stand up to hits and drops. It’s also vital that the lightsaber has a firmly attached hilt to the blade. The blade, hilt, electronics, everything should be pretty rugged, with a reasonable chance of surviving shipping and the break-down that occurs in ordinary handling. If it’s too cheap, chances are there will be a problem.

Kyber crystal is an entirely different phenomenon than an LED, but Jedi’s and Sith Lord’s could achieve a similar effect with LED lights. This Darth Maul Lightsaber, for instance, is equipped with Seoul P4 or LED Engin High Powered LED.

Buying a lightsaber is exciting. A new lightsaber can be an expensive investment, so use the above info to be sure that you’ll enjoy it for years to come.

Reduce Your Carbon Footprint and Switch to Renewable Energy

Can you imagine spending your entire summer indoors because it’s too hot outside? You may …