If you watch music videos on YouTube, chances are high that you have watched a Lindsey Stirling is YouTube Millionaire. The violin extraordinaire publishes beautifully choreographed, homemade covers of popular songs. Her channel has over 10 million subscribers and she is currently on tour with your favorite band from your emo teen years: Evanescence.

She has probably changed your attitudes about violinists too. Stirling is hardly the smile-less violinist sitting on a side row of an orchestra. She plays her Yamaha violin while she dances. It’s safe to say she is the Beyoncé of young violinists. Unlike most name-brand artists, however, Stirling is entirely self-made.

Her remarkable rise can be traced back to a monumental event in 2007 when an unlikely journey propelled her towards internet stardom. If you love Lindsey and her music, learn more below about how she rose to fame so fast without a fancy marketing team behind her: 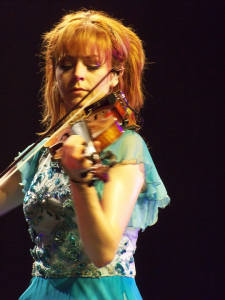 Stirling was born and raised in Arizona. Her family wasn’t exactly penniless, but they had financial constraints.  Her talent for playing the violin was so obvious in childhood that her parents, despite their problems, hired a violin teacher for her.

But they couldn’t afford full lessons, so they paid the teacher for half lessons. At the time, Stirling recalled that the violin teacher told her parents that she was not going to learn to play with weekly lessons lasting only 15 minutes.

By the time Stirling was in high school, she was comfortable enough to experiment with different genres even on a classical instrument like the violin.

Despite what her parents had in mind for her, Stirling always knew she wanted to one thing—dance. She also liked playing the violin, so, like any innovative teen, she combined the two. She honed her violin and dancing skills early on, which would eventually land her an unbelievable career.

Stirling began recording videos of herself playing the violin way back in 2007. But her talent saw a major audience for the first time on “America’s Got Talent.” She impressed the three judges during her first round. However, her second round didn’t go as well.

She wanted to show the judges her more impressive dancing skills as she played the violin. It didn’t go well. And two of the judges, Sharon Osborn and Piers Morgan, rejected her very vocally on national television.

It was “devastating” and a “bit humiliating,” she recalled later, though it didn’t stop her. 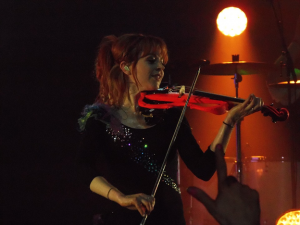 Stirling didn’t become a dubstep violin sensation overnight. Once she was rejected by “America’s Got Talent,” she tried to sign on to a major record label. The result was the same, more rejection.

She later revealed that she struggled with an eating disorder. Her humiliating rejection on national television didn’t help either. Later she said that she considered quitting, but didn’t.

Even if a recording studio wouldn’t sign her on for an album, Stirling continued to make videos on YouTube. She gained a fan following on the talent show, and they began to watch her on YouTube. By 2012, her dubstep violin video was the 8th most-watched YouTube video of the year (the same year that “Gangam Style” topped the list).

By 2015, she was listed as one of the “world’s top-earning YouTube stars” by Forbes, with an online revenue of $6 million. Her channel has continued to grow since then. Some of her original songs have received tens of millions of views.

Not so soon after, she was collaborating with major brand name artists like John Legend. And she finally got her own album deal, offered by none other than the manager of Lady Gaga. She has gone on several world tours since then, with the Evanescence tour being the latest of these.

Stirling is a unique kind of success story, made possible by internet fandom and ingenuity. Her success doesn’t come from a record label. She makes her own music and does her own choreography. Essentially, she has carved out a career for herself in the most unusual manner possible online. Future musicians can only be heartened by her story.