Given the information, it is no doubt that the Immigration rate in Houston has skyrocketed over the past years. As for immigration policies for asylum seekers, Houston follows a legislative order – meaning that their immigration process, rules, and regulations are all patterned with the U.S. Congress (which usually includes the United States Citizenship and Immigration Services and Department of Homeland and Security). The process of claiming asylum can ultimately be burdensome for seekers since it is on a case-to-case basis. To give you a heads-up of what seekers must know about Houston’s immigration laws, here are some details that can give you a good start.

In the United States, when claiming asylum and filing for one, there are two methods to consider. One of which is Affirmative Asylum Processing – to apply with this type of asylum process, an immigrant needs to be physically present in the United States or is already seeking admission at a port of entry. A form will be filled in (which usually consists of personal information and reason for seeking asylum). It should be submitted to the United States Citizenship and Immigration Services (USCIS) within a year of their latest arrival in the U.S.

On the other hand, one can also apply for a Defensive Asylum Process. This application usually occurs when an immigrant requests asylum as a defense against deportation from the United States in removal proceedings at the Immigration Court with the Executive Office for Immigration Review (EOIR). This processing is often a result of ineligibility for asylum at the end of an affirmative asylum processor who could also be caught with illegal documentation or violations of their immigration status. 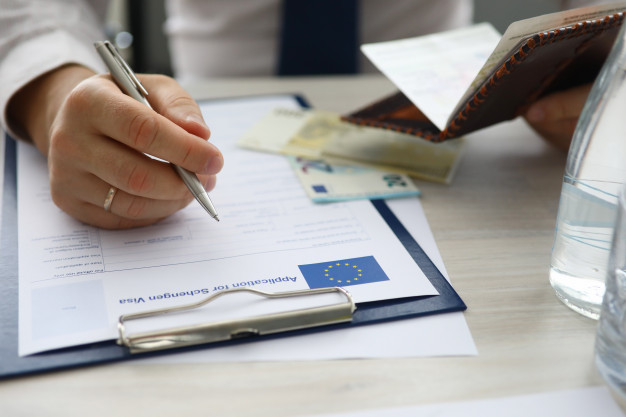 The worst-case scenario that can happen during processing is the inability to approve the seeker’s asylum application, and the seeker was found to be living in the U.S. illegally. The asylum case will then be referred to the Immigration Court.

What the seeker must know is that a referral is far different from denial. The seeker should just consider filing a defensive asylum application so that the court may further review the case. With this in mind, the USCIS sends a letter of explanation and a Notice to Appear containing the date and time the immigrant should appear in court. The Immigration Judge will evaluate the asylum claim without bias without the need to rely on the decision made by the USCIS.

Notice of Intent to Deny

The Notice of Intent to Deny (NOID) commonly happens when the seeker has valid legal status in the U.S. but is found ineligible for asylum. NOID contains the reason as to why the immigrant is unfit for claiming asylum. When received with such notice, the seeker is given 16 days to explain in handwritten form why the claim should be granted; he or she can also submit new information or proof to support their claim. Failure to respond within 16 days can mark the application for seeking asylum denied.

Asylum seekers are, by facts, one of the most challenging positions to be in. This is also the same for all individuals involved – from the Congress, asylum officials to the legal representatives. It will never be an easy matter to settle. Granting a legitimate seeker an asylum can help them with security and safety, and peace of mind.

A Tenant’s Guide to Co-living in Washington D.C.

Washington, D.C. is a territory situated along the Potomac River, with Virginia on one sid…