Running is one of the most popular forms of exercise in the world, seconds only to walking in how easily it can be done at your own pace. Not only can you choose your own structure and whatever walking trail or route you want, but it also becomes really easy to listen to music – as long as you have the right kinds of earbuds or headphones, at least.

Not all headphones are made with the same kind of connection, and you would assume that most people will prefer wireless earbuds suited for runners over others. However, both have different upsides and downsides that make them useful: while wireless ones don’t have a cable that can get tangled, they’re also much easier to lose if you aren’t careful. They usually also require a separate charging or battery system, which can be a downside for a lot of people who might not have the time to set all of that up properly every day.

Running earbuds with cables are usually easier to manage if they’re just the right length: not too long that they droop down, but not too short that they’re pulling at your head. If it’s slightly too short, consider getting an extension piece of a volume slider that fits in the middle. It’s worse having a cable that’s too short because this can make it impossible to wear the headphones and run at the same time – trying to do it anyway might either pull the earbuds out of your ears or send your device flying.

A lot of earbuds are likely to break in the way where audio will stop playing out of one side without the other. You can usually avoid this with certain features that protect the headphones or their cables, but it will eventually happen: the best way to avoid it, apart from making sure that you’re not misusing the headphones by tangling them up improperly, is to choose a pair that is durable enough to work well. 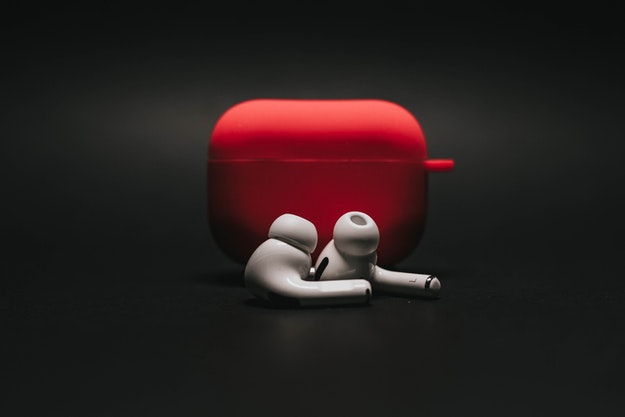 Water resistance can also be a problem if you’re regularly running through wet areas or bad weather. It only takes a small amount of water in the wrong place to completely destroy a good pair of earbuds: the more damaged they already are, the more likely this becomes. Waterproof earbuds are fairly common, but they’re still only waterproof until the outside layer is breached, so be very careful where and how you use your new running earbuds if you want them to survive for a long time.

Earbuds suited for runners are still meant for the same uses as regular earbuds, so you need to focus on sound quality. This isn’t just to make sure that the audio you play sounds crisp and clear, but also to stop it leaking and/or to block out background noise, depending on how you like to run. Some people like to listen to music, which doesn’t always sound bad with slightly worse audio quality. However, problems arise if you start listening to voices.

Voices – from podcasts, radio shows, or any other source – are extremely vulnerable to poor audio quality, and can make it easy to miss certain words or lose track of what’s going on. Combine this with the fact that running earphones are often fighting against the sound of wind rushing past as you move, and you might end up with a ruined experience and a pair of running earbuds that you can’t hear properly. Bad audio quality might even harm your ears if it doesn’t dampen loud sounds or make bass noises more comfortable, which can throw off your running beat or start to irritate you.

Should I Use Earbuds?

Earbuds are much lighter, easier to handle, and harder to damage than a full set of headphones, so they’re definitely the better option when it comes to running. Choosing good running earphones might take a little while, but just try to think about what you personally need, not what other people might recommend. Whether it’s waterproof earphones, some cheap earbuds you found online, or a wireless pair with very niche functions that only apply to certain other devices, there’s plenty of options to choose from that can all work surprisingly well.