Today, when we are so used to the prevalence of computers and the internet it is hard to imagine that there are people around the world who are still passionate, almost obsessive about radios. Since years now, conspiracy theorists and personal radio operators have reported the mysterious radio stations that constantly send out only streams of numbers and nothing else. This has certainly grabbed the attention of numerous history buffs and those who wish to put the theory to rest.

According to some, the radio is still the tool of subtle yet significant subterfuge for many secret government organizations. We are talking about the famous “Numbers Stations” that dot the air of the radio-waves.

Ever since World War II, the alleged numbers stations have been sending out encoded transmissions using short-wave radios. These are extremely mysterious and eerie transmissions and often sound cryptic and weird to any casual listener. Even seasoned cryptographers find the numbers truly puzzling. However, to the right ears, these most probably contain extremely important information.

Usually, numbers stations are your conventional short-wave radio transmitters that operate between 3,000 and 30,000 kHz. These transmissions are still received in numerous countries across the globe but no one is sure of the exact location of these transmissions. Mostly, these transmit a long series of random numbers or even numbers spoken by a computer-generated voice. Some of these even transmit the number sequence using Morse code and others emit various random noises. 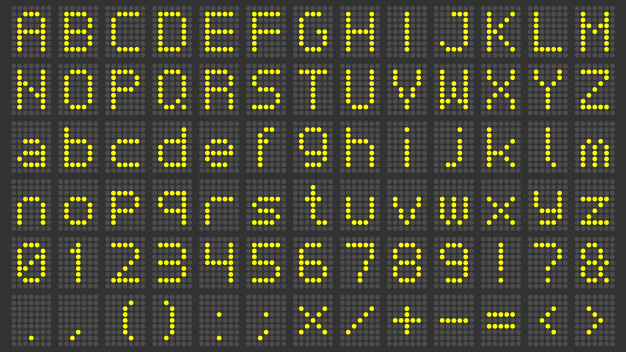 Several of these radio stations have been transmitting frequently for decades now while others rose to prominence mainly during the Cold War era. A lot of these radio transmissions ceased once the Berlin Wall fell. However, there are yet unknown numbers of these stations which continue to transmit their mysterious strings of numbers till date.

However, no one is quite sure about the purpose of these radio transmissions neither do they have any clue of their origin or location. As these are unlicensed broadcasts there are no records of their information in any government document. Hence, these are believed to be Pirate Stations but are widely believed to be operated by the government covertly. Despite these claims, no government authority or organization has claimed responsibility of operating these covert radio stations.

Ever since their discovery decades ago, numerous journalists have tried to investigate this phenomenon and whatever information they have been able to gather points out to the radio stations being used for covert espionage activities.

To know everything there is to know about the mysterious numbers stations, read on.

Shortwave technology is quite old and became extremely popular as a tool for the spy trade in the 1920s. It became popular as a means of communicating over long distances discretely.

In general, the reach of shortwave radio waves is decided by the power of its transmitter. A bigger and powerful transmitter can send the radio signal farther. In addition, it is possible to “bounce off” the shortwave energy off of the ionosphere of the Earth. This is also called as “skipping” or “skywave” and helps to boost the signal strength and distance remarkably.

Any good-quality and practical handheld radio device can be used to tune into these strong shortwave signals. This makes them not only ideal for cheap cross-continental communication but also the perfect way to exchange secret and sensitive information among the covert community. For example, an intelligence officer in the US can use these shortwave radios to send orders and instructions to their spies and covert operatives on the other side of the planet without much effort and prevent raising suspicion too. All that is needed are a couple of powerful radio transmitters with the intelligence head and the spy abroad. A coded message can be sent at a pre-determined time and the field operative will get their instructions without any hassle or risk of being discovered.

In addition, a radio transmitter does not raise suspicion for the spy as much as a strange computer equipment or cryptography tool would.

Shortwave radios are extremely common. They don’t draw much attention or raise suspicion. Shortwave technology is also immune to being blocked. In case an oppressive government decides to shut down telephone and internet connectivity in a region, this cannot stop shortwave radio transmissions and receptions.

In addition, encrypted computerized messages can often be cracked and tracked. In contrast, it is impossible to trace the points of origin or reception of shortwave energy. All these covert activities are possible using any commonly-found powerful shortwave radio transmitter and receiver. You can even find a long list of these Numbers Stations on the SpyNumbers website.

The broadcast on every number of stations varies considerably. Generally, the transmission starts with a sort of alert signal at the end or beginning of the hour. The alert could be a simple tone or could be parts of a song. This is probably the signal for the listener to prepare to receive the main encoded message.

Next, a set of spoken numbers or even letters, usually in sets of 4 or 5 are continuously repeated before changing to the next set of numbers of letters. Listeners report hearing the encoded message English, Czech, Korean, Spanish, and other languages.

The process may vary but the code is always in numbers or letters. Some of the most popular numbers stations have been nicknamed, such as the Swedish Rhapsody, which uses a few bars of Bohemian Rhapsody by Freddie Mercury as their opening sequence. Others include Yosemite Sam, Atencion, The Spanish Lady, Cherry Ripe, and The Buzzer.

At times, the broadcast can be heard loud and clear and at other times the transmission is weak and distorted mostly due to unfavorable atmospheric conditions. Sometimes, intentional jamming by the opposing government may also result in distorting the transmission and make it hard or impossible to decipher.

The coded structure of these messages mostly points to their being secret and meant for spies involved in espionage in a hostile country.

This raises the question, how do these spies decipher the codes of the numbers stations.

The way that the messages from numbers stations are encoded is the keystone for decrypting the messages. Let’s take a look at how the number codes work.

Despite having been broadcasted for decades now, the number of stations transmission codes have never been broken by amateur cryptographers. You might wonder that when codes generated by supercomputers can be hacked with considerable ease, what is so special about the numbers station codes that make them impossible to break even after all these years.

Let’s take a look at some of the more plausible theories and explanations for the numbers station code that is out there.

Most importantly, every key is used only once hence it is called one-time pads. Once the transmission has been received successfully, the sender and receiver can destroy their one-time pads and make it impossible for anyone else to decipher the code. Apart from this, it makes every other transmission completely new and uniquely coded and prevents cryptographers from cracking the code.

The key pointer is most important for any one-time pad coding system. The key presents a great risk for the spy as well because a random sequence of numbers is most suspicious. Hence, many times the key is printed on small bits of paper which are easy to conceal in regular everyday items, such as a pen or a spectacle case. In case there is a potential risk of the key getting discovered the spy normally destroys their key by burning them, discarding them, or even eating them.

Today, the more sophisticated way of keeping the key pointers is through a digital device that is hard to trace.

Apart from the spy theory, many investigators believe that numbers stations are also operated by smugglers and organized criminals to avoid detection by the authorities. However, the majority of investigators believe that numbers stations are mostly used by governments and spy agencies to keep in contact with their operatives in a completely discrete and mysterious manner.

Numbers Stations have been broadcasting in secrecy. Not many people are aware about them and what little information they have about these radio transmissions was from the few headlines down the year or from the John Cusack-starrer “The Numbers Station” movie.

The Conet Project is a 4-CD compilation of recordings from numerous numbers stations by Irdial Discs which released the set in 1997. It comes with a booklet speculating the origin and purpose of the mysterious broadcasts. Initially, the project was obscure however today it has a strong cult-like following consisting of shortwave radio lovers, musicians, artists, and loads of conspiracy theorists.

The Conet Project CDs gained such significant popularity that at least one government agency in the UK was prompted to offer a denial, possibly to discourage any further inquiries. The statement did not deny the existence of numbers stations but informed listeners that it was not meant for the public. This was the first time ever that a government has even indicated to accepting the presence of numbers stations.

Despite thousands of people listening in to the secret coded broadcasts, the numbers stations are covered with an air of mystery and suspense.

Keeping in mind the several headlines that stated the arrest of people receiving and responding to the transmissions from the numbers stations across the world, there is little doubt that the codes are meant for espionage and covert activities abroad by secret services of many nations.

However, it is impossible to determine how many countries or organizations are actively using numbers of stations broadcasts to perform covert operations. It could very well be broadcasts of actual random numbers to create confusion or apprehension among enemy states.

On the other hand, it is also possible that governments are maintaining these radio stations for use during emergencies, such as when the internet or telecommunication network does not work for any reason. This way, the governments are assured of an alternative and reliable communication technology for military and espionage purposes.