Fire is a risk in any home and is known to cause more than fifty deaths per year. In fact, house fires cause more deaths than bush fires. In many cases the fire is caused by faulty electrics, that’s why you should have them inspected and checked regularly.

Alongside taking steps to avoid a fire starting, you should ensure your home has all the necessary defenses. These are things like fire alarms that will alert you to the issue and buy you enough time to get out safely. Smoke curtains should be seen as an essential part of this approach.

What Is A Smoke Curtain

As the names suggest it’s a curtain, a divider between two places. The smoke curtain is designed to contain smoke. It effectively traps the smoke in a designated area, allowing you time to get out of your home.

Smoke is often a bigger killer than the fire itself. The smoke gets in your lungs and stops them from working properly. That’s why you need to prevent the smoke from getting to your bedroom. Combined with a good smoke alarm you’ll be aware of the fire and out of the house before you’ve breathed any smoke in.

The smoke curtain is fitted to the ceiling in your home. It is positioned to ensure that on one side you have the most likely area for a fire, on the other is a safe passage out of the house.

The smoke curtain is barely noticeable when it’s mounted to the ceiling. However, when a fire is detected, or specifically the smoke, the curtain will automatically dropdown. It doesn’t usually go all the way to the floor although it can. 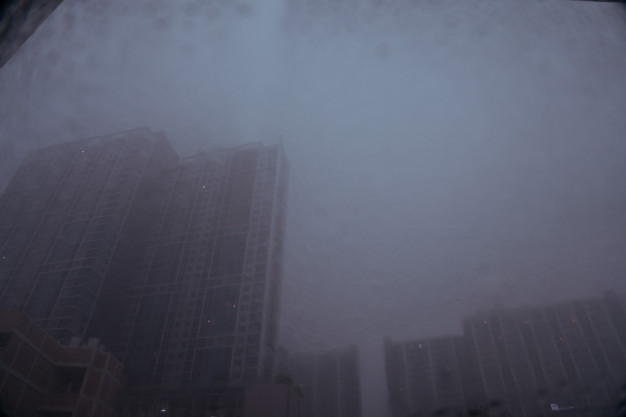 It works on the principle that smoke is hot and therefore rises. The smoke goes up but can’t go anywhere, the curtain effectively traps it and contains it in the given space.

The fact that the curtain doesn’t go right to the ground allows you to exit under the smoke, if necessary.

Of course, taking a different route is referable.

It’s a great option if you have an open plan house as you can use several smoke curtains to contain the smoke from a fire. The aim is not to stop the fire but to ensure you have the necessary time to get out safely.

However, if you want additional protection it is possible to get a fire curtain. These go all the way to the floor and are designed to withstand the heat of a fire, effectively trapping it while you escape and the fire service arrives.

Where To Use Smoke Curtains

Smoke curtains can be used anywhere and in all types of buildings. They are often compulsory in public spaces and can genuinely save lives. When not in use the curtain is retracted into the holder, making them virtually invisible. The curtain needs to have a smoke detector built-in or to be connected to the fire alarm system in your home. This will ensure they work automatically when needed.

Refreshing Your Home This Spring With a Composite Door

January seems to last forever. Yet, to be positive, before we know it, we’ll be surrounded…