Born formally in the eighties, Cosplay has millions of followers worldwide and seems to be gaining more every minute. What is the difference between a costume and a cosplay? Why do we disguise ourselves?

The art of dressing up: the precursor of cosplay?

Costumes and imitating other fictional or real characters is a concept quite old. Aristotle said that the origin of costume art came from the affinity of human beings with imitation. In different cultures, countries, and eras, masks, costumes, and clothes have been used to pretend to be another person and give free rein to fantasies or desires.

Fictional characters are currently usual in everyday clothes sold at brands like Just Cool Sweaters. It is not surprising that cosplay, instead of disappearing as a fad, has found a fruitful hold in different social circles of the world. There are times when you can find up to three generations of people doing cosplay at the same time! 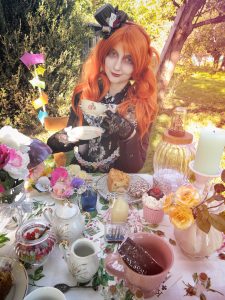 Cosplay communities are excellent places to make friends with people who pursue a common goal. And this runs not only for those who like to dress up, but there are a good number of people who attend who simply like to admire their favorite series characters and appreciate a good performance.

Those who practice cosplay generally create their own costume by investing a lot of time and money in different accessories and others, to ensure that they achieve the greatest possible similarity to the character played. This is what makes cosplay a whole art.

Can everyone do cosplay?

The answer is yes. Everyone can make cosplay costumes but not everyone knows. To do them you must follow some kind of guide to make the cosplay easy. If you are starting it can be chaos all the information and good cosplays that are in the network. To start the best thing is that you choose a character that you like the ones we have on the web and that you follow a few tutorials online.

Buying your costume online is another excellent route to take as a beginner. Build your cosplay wardrobe with pieces that are flexible for other characters you want to portray in the future.

People already knew it but now you can see and share: the fictions do not end in the final credits of a movie, or on the last page of a comic. Nor does the favorite character leave us as soon as a series ends, or by winning the most difficult level of a video game. Since the emergence of cosplay, which consists of playing a character disguising himself, this aesthetic practice invaded conventions, festivals, and Instagram accounts. The cosplay achieved an impossible: many fictional characters are born but never hang the suit.